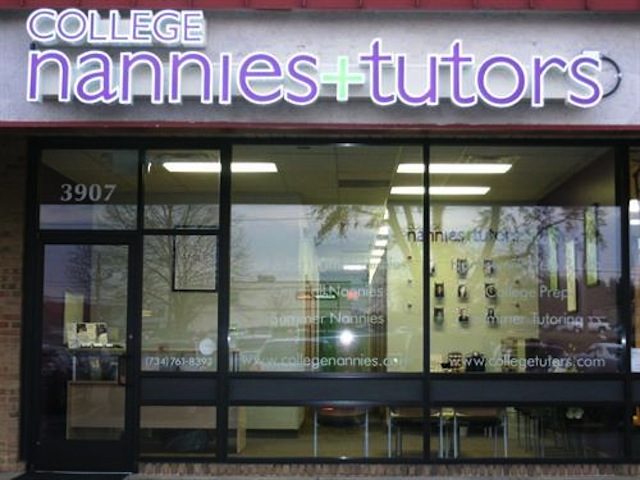 College Nannies, Sitters and Tutors was founded in 2001 by Joseph Keely in Minnesota. Keeley got the idea for the business in 2000 when he took a job as a nanny while attending business school. As Keeley was working, he recognized the need to connect parents with safe and reliable nannies, tutors, or role models for their children. Keeley thought that gathering college students, college graduates, and tutors looking to positively influence children would be an invaluable service to parents.

After opening the initial location in 2001, Keeley opened a few more locations in the following years and franchising officially began in 2005. College Nannies, Sitters and Tutors opened its 100th location in 2015. Growth has remained steady and today, the company has over 100 units throughout the United States.

In July 2016, College Nannies, Sitters and Tutors was sold to Bright Horizons Family Solutions for an undisclosed amount. Under the deal, Joseph Keely, founder, President, and CEO of the company, will maintain a leadership role. Keeley will shift from being CEO to general manager.

Keeley made the sale because Bright Horizons had already been working with the company for the past decade, through Bright Horizon’s Back Up Care Advantage. Bright Horizons provides center-based child care, back-up dependent care, and educational advisory services to more than 1,000 clients in the U.S., the United Kingdom, the Netherlands, Canada, and India.

Regarding the sale of College Nannies, Sitters and Tutors, Keeley said that Bright Horizons’ values line up with the company’s own and that the sale was good for their shareholders and stakeholders.

College Nannies, Sitters and Tutors’ philosophy is to cover a child’s needs from “cradle-to-college.” According to the company, its services are a one-stop shop for a family’s childcare and tutoring needs.

The company provides several options for its nanny services including part-time, full-time, after school, and summer. College Nannies, Sitters and Tutors is dedicated to ensuring that each family is paired with a nanny whose talents and experiences fit with the family’s needs. Ongoing support and evaluation is provided by the company and families will receive any changes that they need to their nanny services.

In addition to providing nanny services, the company provides regular sitters. College Nannies, Sitters and Tutors guarantees that all of its sitters are trained and trusted. All sitters looking to work for the company undergo an extensive background check and receive proper training.

All of College Nannies, Sitters and Tutors’ learning centers are vibrant and inviting to help students feel comfortable enough to return whenever they need help.

Over the last decade, College Nannies, Sitters and Tutors has ranked a few times on Entrepreneur’s annual Franchise 500 list. The company did make the list for 2017 and earned spot No. 138, which is a record high for the franchise. Prior to this year’s ranking, College Nannies, Sitters and Tutors had not made the list since 2012. The franchise’s lowest rank in the last decade was No. 432 in 2010.

Next post: Q&A with Bill DiPaola, President and COO of Dat Dog Enterprises