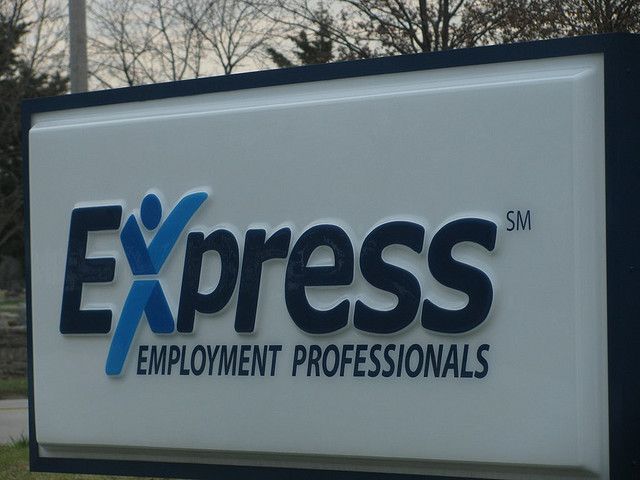 Express Employment Professionals was founded by William Stoller and Robert Funk in 1983. Franchising began a few years later in 1985. Stoller, Vice Chairman and President, and Funk, CEO and Chairman of the Board, still remain with the company today.

Today, Express Employment Professionals has over 760 locations throughout the United States, Canada, and South Africa.

In December of 2016, CEO Bob Funk was named the 2017 Business Leader of the Year by the Association for Career and Technical Education (ACTE). The award celebrates the contributions and achievements of an executive from the business community who has demonstrated a commitment to improving career and technical education (CTE).

In 2014, Funk and Express began sponsoring the ACTE Excellence Awards as a gesture of support for the work of CTE educators. Funk and Express have donated $5 million in scholarships and grants to numerous youth organizations and agricultural establishments.

Express Employment Professionals is a company committed to making charitable contributions whenever it can. This past Christmas, employees from the company donated gifts for 250 children as part of the Salvation Army’s annual Angel Tree program. The employees presented the gifts in honor of Express Employment Professionals’ founders Bob Funk and Bill Stoller. The Express philanthropic committee matched the donations the employees made to the Salvation Army which resulted in a monetary contribution of $12,500.

Also during the holiday season, Express employees donated work-appropriate attire to the Center for Employment Opportunities (CEO) of Oklahoma City, which is where Express Employment Professionals is headquartered. CEO aims to help people with recent criminal convictions find work and lead successful lives. Express’ employees donated 950 items including suits, jackets, shirts and slacks, toiletry items and accessories. A $600 donation was also made to the program.

One of Express Employment Professionals’ biggest causes is providing educational materials to young people. During 2016, the company made a $10,000 donation to the Boys and Girls Club of Oklahoma City and also donated 21 computers. Through the donation, the kids now have have access to Express Employment Professionals’ Job Genius computer program.

Through the years, Express Employment Professionals has done well on Entrepreneur’s annual Franchise 500 list. For 2017, the franchise ranked at spot No. 31, which is the highest spot the company has earned on the list. This year’s rank is up from the company’s 2016 spot at No. 70. With the exception of 2011 and 2012, the franchise has always ranked in the top 100 on Entrepreneur’s list. 2011’s spot at No. 115 was its lowest rank.