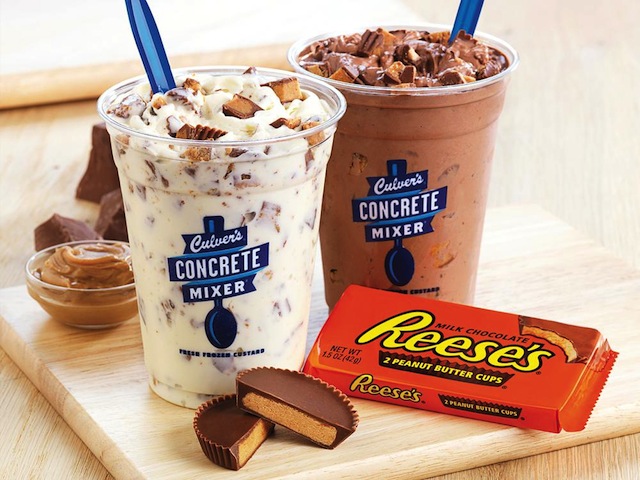 A Passion for Mom’s Food Leads to Successful Burger Franchise

The first Culver’s location was opened in 1984 in Sauk City, Wisconsin by Craig and Lea Culver and Craig’s parents, George and Ruth. George and Ruth had previously owned an A&W location which they operated from 1961 to 1968.

After graduating from college, Craig wanted to open a family restaurant that would serve his mother’s homemade burgers, which were topped with a dollop of butter. To go along with the “ButterBurgers,” Craig wanted to serve his favorite local treat, Fresh Frozen Custard.

The Culvers had the opportunity to buy the same A&W location that they had sold in 1968 and turned it into the first Culver’s location.

In 1987, the Culvers experimented with franchising and granted a franchisee a loose licensing agreement, charging no fees or royalties. A year later, the franchisee walked away from the business and the Culvers established a set of standard franchising procedures that would form the basis for those currently used by Culver Franchising System, Inc.

Three years later, in 1990, the Culvers tried franchising again in Baraboo, Wisconsin and this time, they were successful. New locations continued to open throughout Wisconsin and in 1993, the first location outside of the state opened in Buffalo, Minnesota.

Throughout the early 90s, Culver’s continued to expand in the Midwest. By the late 90s, the company had expanded to even more regions in the U.S. Today, Culver’s has more than 500 locations throughout the country.

Phillip Keiser, who became CEO of Culver’s Franchising System Inc. after Craig Culver stepped down in 2015, died in early October 2016. Keiser died a few days before his 61st birthday of natural causes.

Keiser had worked for Culver’s for more than 20 years and many at the company say that he was a large part of Culver’s expansion and success. Keiser had previously served as Culver’s director of operations and vice president of operations. In 2003, Keiser was named president and chief operating officer.

Craig Culver returned to the company to step in as interim CEO. It did not take long for the company to find a permanent replacement and in November 2016, it was announced that Joseph Koss, CFO of Culver’s would become the company’s president and CEO effective January 1, 2017.

With over 30 years in business, Culver’s continues to maintain steady growth and expansion throughout the United States. In 2015, Culver’s opened 31 new locations. For 2016, the company planned at least 40 more locations with the hopes of reaching 600 units by the end of that year.

Five of the restaurants opened in 2015 were part of Culver’s Mentor Program where members of a franchisee’s management team partner with their current franchisee to open their own Culver’s.

In addition to the new locations in 2015, 51 existing Culver’s locations were updated to reflect the current branding. More updates were planned for 2016 and 2017.

Culver’s continues to expand into new areas in the U.S. and in 2016 the company opened its first locations in Georgia and North Carolina.

One of Culver’s largest initiatives is to raise awareness for all the hard work that farmers across America do to provide our food. Culver’s has its Thank You Farmers program and the company holds many special events to raise money for the Future Farmers of America (FFA) and other agricultural organizations.

On May 5, 2016, Culver’s held its second annual Scoops of Thanks Day. For the event, customers received a scoop of Culver’s famous Fresh Frozen Custard when they donated $1 to FFA or the local agricultural organization that a Culver’s location chose.

At last year’s event, Culver’s raised $56,500. To date, Culver’s has raised nearly $1 million for the National FFA Organization and Foundation, local FFA chapters, and a variety of local agricultural organizations.