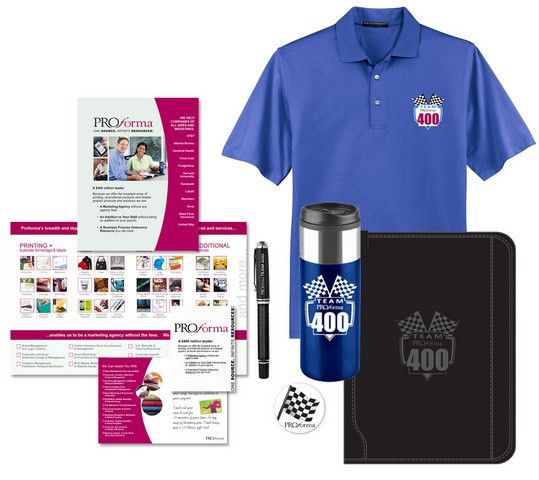 Proforma got its start back in 1978 when founder Greg Muzzillo saw an opportunity to serve medium and larger businesses with superior printing services for promotional products and business documents. He and a friend started the company with just $200 and grew it into the $500 million business it is today.

They started franchising the concept in 1985 with a model where franchisees act as sales agents who work with a carefully selected network of suppliers to deliver what’s needed.

From its recent high of 753 locations in 2011, there are currently 677 locations, one of which is company-owned and 48 of which are located outside the U.S.

Headquartered in Independence, Ohio, here’s how Proforma keeps the ideas popping in the competitive business branding and marketing industry:

Changing With the Times

The chain will even help any owner of a print or promotional business develop an exit strategy to sell their business through its Mergers and Acquisitions Team.

A Powerful Customer Base

Even though there are only 677 locations, the chain serves more than 50,000 clients. Although that averages out to only 73 clients per location, these tend to be larger companies and corporations, which is clearly a lucrative niche to be servicing.

Among its customers are such powerhouse companies as AT&T, Coca-Cola, Nationwide, Little Caesars, Sealy, Sherwin Williams, Skechers, Sony, and UPS, just to name a few.

Although Gregory Muzzillo founded Proforma and was CEO for many years, his wife Vera came on board in 2001 as co-CEO, then became sole CEO in 2009, with Greg remaining as Founder. The two were named “People of the Year” by Counselor magazine in 2010.

Proforma became a certified woman-owned business by the National Women Business Owners Corporation (NWBOC) in 2013, and in 2014 Vera Muzzillo was named one of the Top 24 Women in Franchising by Franchise Update magazine.