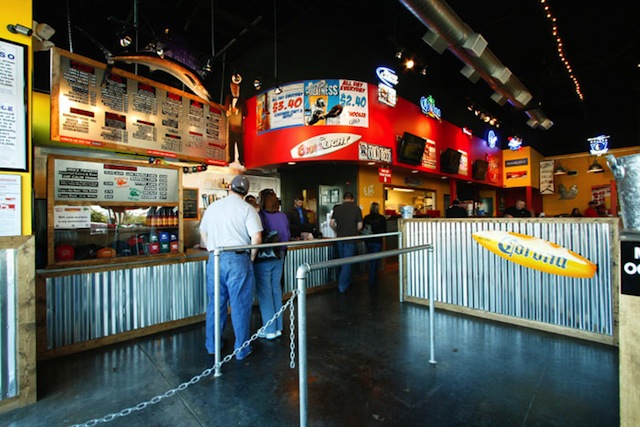 The first Fuzzy’s Taco Shop location was opened in Fort Worth, Texas by Alan and Chuck Bush, a father and son restaurateur duo. The Bushes opened a few more locations in the area and officially began franchising in 2009. Over the decade that Fuzzy’s has been open, growth has remained steady. Today, Fuzzy’s Taco Shop has around 100 locations across 11 states.

The restaurant serves Baja-style Mexican food at an affordable price. Menu items include tacos, burritos, nachos, quesadillas, grilled sandwiches, salads, and breakfast dishes. A unique feature of Fuzzy’s is that the company wants each of its locations to feel unique to its franchisees and their local communities.

Chuck Bush, the (now former) president and co-founder of Fuzzy’s Taco Shop says that the sale would help to expand the company’s corporate and franchise growth. In a prepared statement Bush said, “We knew that to grow our business dramatically, we needed a partner who knows franchising, has access to qualified developers and is willing to partner with our existing team to enhance the brand and maximize growth.”

President and Co-Founder Steps Down

Seven months after selling a 70 percent stake to NRD Capital Management, Chuck Bush, co-founder and longtime president of Fuzzy’s Taco Shop announced that he would be stepping down from the company. Bush says that he trusts NRD to lead Fuzzy’s toward new growth and that he wanted to leave to pursue new interests.


For now, vice president of Fuzzy’s Mel Knight and NRD will fill Bush’s shoes and continue to guide the company’s growth. Bush will remain as a consultant as the new leadership takes over.

Additionally, the Oklahoma City location held a pre-opening benefit which raised $2,300 for Oklahoma Cleats for Kids, a non-profit that collects and distributes sports shoes, clothes, and equipment to kids in need.

Middle of the Pack on Entrepreneur’s Franchise 500