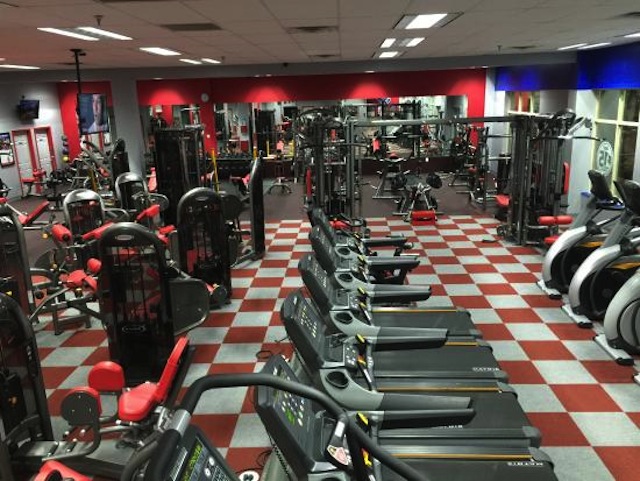 Today, Workout Anytime has over 100 locations throughout the United States.

In August 2016, Workout Anytime opened its 100th location in Bardstown, Kentucky. Although the health club company has been franchising since 2005, it has seen most of its growth happen in the last few years. The 100th location marks a milestone for Workout Anytime as the brand crosses the threshold of six-fold growth since 2011.

Since January 2016, Workout Anytime has opened a new gym every week, on average. The company currently operates in the Southeastern U.S. across 16 states, but is looking to expand westward. Workout Anytime hoped to end 2016 with 140 total units.

International expansion has started, with the signing of a multi-unit deal in Calgary, Alberta, Canada. Additionally, Workout Anytime is looking for master franchisees in the Toronto and Vancouver territories.

Since 2015, Workout Anytime has been working with Lift for the 22, an organization dedicated to preventing suicide amongst the veteran community. The Lift for the 22 program is designed to help beneficiaries obtain a gym membership and put them in a program that will help them maintain a healthy lifestyle. It also aims to raise awareness of the fact that about 22 veterans commit suicide on a daily basis.

Since the partnership began last year, Workout Anytime has helped more than 160 veterans suffering from depression and anxiety by providing them with free gym memberships.

The health club franchise has made more than $1 million in memberships available to support Lift for the 22. For Veteran’s Day 2016, Workout Anytime provided a 22 day “Lift Ticket” for free access to any of their locations for 22 days to any vet who could prove their service.

Earlier this year, Workout Anytime was featured in the film Mother’s Day starring Jennifer Aniston and Julia Roberts, among others. In the film, Jason Sudekis’s character was a Workout Anytime franchisee and Aniston was a member of the fitness club.

Film distribution company Open Road Films was shooting the movie in the Atlanta area and needed a health club. COO Mark de Gorter received a call from a colleague asking if he was interested in being the featured gym. Gorter said yes, and after the film company checked out other health clubs in the area, Open Road Films chose Workout Anytime.

To highlight the club’s role in the film, Workout Anytime held a sweepstakes where a member (plus a guest) from one of its locations won an all-expenses paid trip to attend the Hollywood premiere of the movie.

Workout Anytime also offered other prizes leading up to Mother’s Day (the holiday) that included free tickets to the movie through Fandango, flower bouquets from Pro-Flowers, and movie screenings in select markets.

Although Workout Anytime has been franchising for over 10 years, the company has yet to earn a spot on Entrepreneur Magazine’s annual Franchise 500 list.