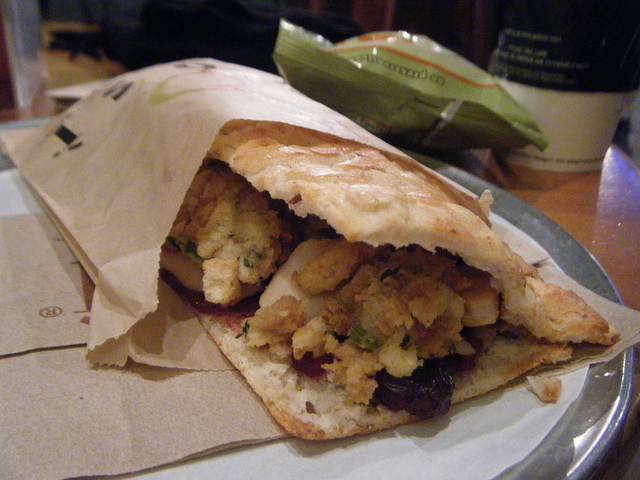 The first Cosi restaurant opened in New York in 1996 and was based on a small café in Paris. In 1999, the company merged with café/bar chain Xando and formed Xando Cosi, Inc. A few years later, the company dropped Xando from its name and became Cosi, Inc.

In 2002, Cosi, Inc. launched an IPO. Although the company saw some growth, it continued to struggle through the years.

Over the next few years, Cosi continued to struggle financially and in September 2016, the company voluntarily filed for Chapter 11 bankruptcy.

Seventy-one of Cosi’s locations are still in operation today.

In late September, Cosi filed for Chapter 11 bankruptcy protection and announced that it would pursue a sale. According to the company’s bankruptcy petition, it has $31.2 million in assets and $19.8 million in debt.

Prior to the bankruptcy declaration, Cosi stated that it had a tentative deal to sell itself to its lenders and investment firm Milfam II L.P. in what is known as a “stalking horse” bid. However, a dispute with creditors over a collateral agreement could jeopardize the deal.

After the bankruptcy announcement, Cosi immediately closed 29 of its 74 company-owned locations. All 31 of Cosi’s franchised units remain open.

According to interim CEO Patrick Bennett, Sr., “Cosi’s core business and franchise base remain intact, and we filed with the liquidity resources necessary to carry out the restructuring plan. We believe this process will allow the company to right-size its balance sheet, reduce its debt, and focus on improving the business and stabilizing the brand.”

The board fired previous CEO Robert Dourney in August and blamed him in the bankruptcy filing for failing to recognize the severity of Cosi’s financial troubles.

In August, a month before Cosi filed for bankruptcy, Chief Financial Officer Miguel Rossy-Donovan submitted his resignation to become the CFO of another company. It was also at this time that the board announced it was terminating Robert Dourney as CEO and replacing him with Patrick Bennett, a member of the Board of Directors.

Although Cosi is searching for a new permanent CEO, Bennett will continue to serve as interim CEO for the foreseeable future. Bennett has extensive experience working with distressed companies.

After filing for bankruptcy, Cosi hired Robert Kominsky as chief restructuring officer. His appointment went into effect in early October 2016. Kominsky is the president of Alliance for Financial Growth and has more than 25 years of experience working with companies and creditors in Chapter 11.

Has Never Ranked on Entrepreneur’s Franchise 500

Despite being in business for many years, Cosi has never ranked on Entrepreneur’s annual Franchise 500 list.