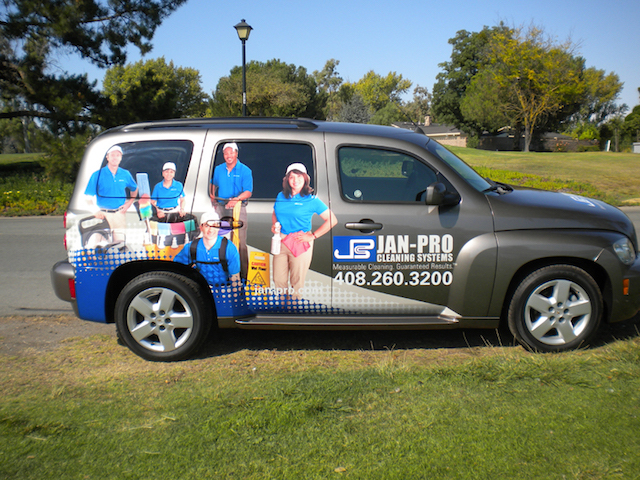 It was 1991 in Providence, Rhode Island, when Jacques Lapointe started Jan-Pro to meet the ever-growing demand for high-quality commercial cleaning services, and immediately began franchising the concept in 1992.

Then in 2011 the number of U.S. locations dropped all the way down to 6,001 while the number of international locations continued to grow. The steep decline in locations remains largely a mystery.

The number of U.S. locations has inched up steadily since the big drop and now stands at 6,715 while the number of international locations is at 1,134 in 13 countries, for a grand total of 7,849 locations.

It employs a two-tiered business model where master franchisees are in charge of a given territory and sell the individual unit franchises to those who lead the actual teams of cleaners. Here’s how Jan-Pro keeps all kinds of companies spic and span in the competitive commercial cleaning industry:

Jan-Pro has the benefit of a well-known brand trusted for its quality cleaning services. This is especially important when servicing such companies as hospitals, schools, and churches.


Jan-Pro ensures the quality of its services with a strong guarantee as well as a 50-point checklist for onsite inspections that occur not only after an initial visit, but 30 days later and periodically after that as well.

Medical facilities enjoy an even higher standard called MedMatrix that meets or exceeds all regulatory requirements from OSHA, the CDC, AORN, and the Joint Commission.

Backed by a Strong Brand and Company

Jan-Pro is the undisputed leader in commercial cleaning franchises. The master franchisee is the one who finds the best unit franchisees, who in turn are the ones responsible for putting together quality cleaning teams. This two-tiered approach means the master franchise owners gain the benefits of owning a business without managing the details of hiring and supervising the cleaning crews.

The two-tiered franchising model of Jan-Pro and many other commercial cleaning franchises is not without its critics. Lawsuits have been filed against many such companies, including Jan-Pro, claiming that because of how the system pans out in practice, the unit franchisees are essentially employees rather than business owners.

Companies such as CleanNet, Jani-King, Coverall, and Jan-Pro have so far avoided a definitive ruling on this issue in several different states, typically by settling with plaintiffs, and continue to operate the two-tiered franchising model that has made them successful.


The issue stems from unhappy unit franchisees who pay their franchise fee but then aren’t given enough work (controlled by the master franchisee) to make enough money to keep them afloat. If, however, they were classified as employees, they would at least be guaranteed minimum wage as workers providing cleaning services.