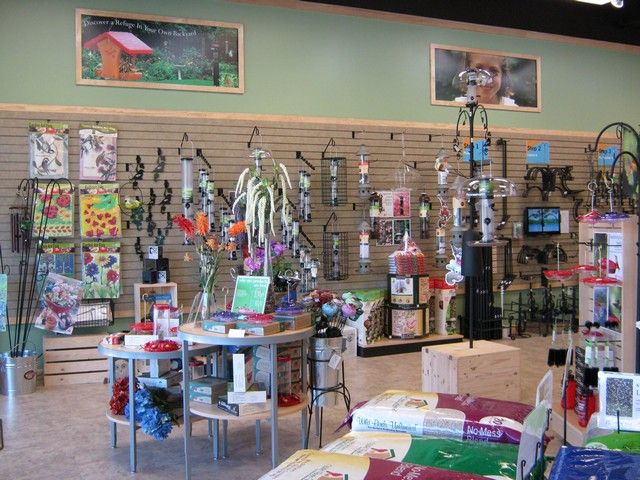 According to Wild Birds Unlimited, the first and largest company devoted to bringing people close to birds and nature, 52.8 million people feed birds and watch wildlife in their yards. These people spend $6.9 billion on bird feeding and bird-watching, including $5 billion on birdseed and wildlife food.

Wild Birds Unlimited currently has nearly 300 locations in the U.S., where it has a presence in almost every state. Eighteen locations are in other countries.

The company, based in Carmel, Indiana, franchises stores that sell bird-feeding and bird-watching supplies, such as birdhouses, baths, feeders, bird food and binoculars. Its website displays videos of birds enjoying the feeders.

One of the stores’ newest products is Jim’s Birdacious Bark Butter, named after founder and bird-lover Jim Carpenter. The high-energy bird treat that can be used in a Bark Butter feeder but can also easily be smeared on tree bark to attract birds to multiple trees in one’s yard. The product is made from suet, peanut butter and corn.

The company’s website has a list of more than 135 North American birds that have been spied eating the treat, from ducks and quail to hummingbirds, American Robins and northern Mockingbirds.

The WBU website offers extensive free educational resources about birds, covering species, habitat, behavior, feeding, care and many other topics, including a page that focuses on a Bird of the Month and provides helpful and interesting information about that bird. Providing this information and education is part of its mission: “We Bring People and Nature Together.”

Also part of Wild Birds Unlimited’s mission is its conservation fund, Pathways to Nature. All of its stores donate a portion of their proceeds to this fund in support of conservation, education and wildlife viewing projects at parks, nature conservancies, parks and wildlife refuges within North America. Grant Funds go to projects within the National Wildlife Refuge System.

Wild Birds Unlimited is committed to helping children connect with nature. It has since 2007 partnered with the National Audubon Society to provide scholarships for summer camps. The company says children spend, on average, 44 hours per week using electronic media, and it is committed to reversing this trend through its Pathways to Nature for Kids initiative. Additionally, the website provides instructions and ideas for numerous projects for kids to do in the outdoors, as well as suggestions for places to go.

Wild Birds Unlimited founder Jim Carpenter, who has a master’s degree in horticulture, managed a gardening center before opening a backyard bird store. His first Wild Birds Unlimited store opened in January 1981. Carpenter, his wife, and a business partner began franchising in 1983. He bought the partner’s shares in the company in 1989.

Carpenter still owns and operates his own store. He has an owl box cam in his backyard, and in March 2015 the Barred Owl Next Cam was chosen by the Cornell Lab of Ornithology to be a highlighted cam on its website. The cam is also viewable on the WBU site and other sources.

Wild Birds Unlimited, which announced in February 2015 that it had experienced an increase in same-store sales for five consecutive years, was ranked 144th on the Franchise 500 list in 2016, up from No. 149 in 2015.

Wild Birds Unlimited ranked No. 15 on Franchise Gator’s list of top 100 franchises for 2015.

A Wild Birds Unlimited location in Medford, Ore., returned in August 2015 after a yearlong absence. The hiatus occurred when the building in which the store was housed for 20 years was sold shortly after franchisee Laura Fleming purchased the business from retiring Katy Reed. Fleming was determined to find a new home for her store.

“I have dreamed of having my own bird store for many years now,” Fleming told the Mail Tribune. “When the opportunity to buy the WBU franchise came up, I jumped in with both feet.”

Fleming has worked in the industry for 25 years, including a job at a Wild Birds store.

Next post: 17 Substantial Fees Every Matco Tools Franchisee Needs to Know About