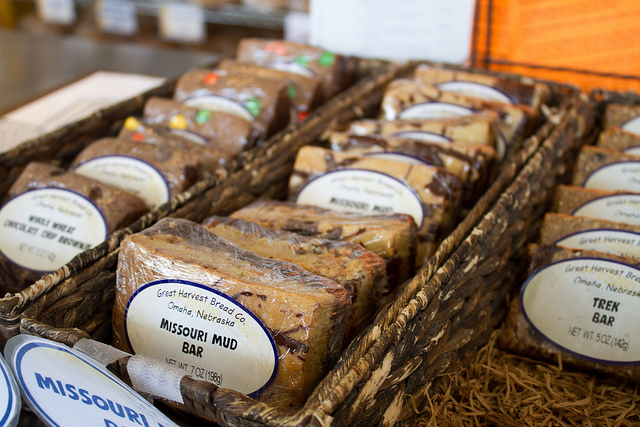 Pete Wakeman was no stranger to the art of baking bread. After all, he’s been doing it his entire life. As a young child he loved helping his Aunt bake bread. By high school he was baking bread for all his friends. During summer vacations from school, he had his own roadside bakery stand.

He and his wife, Laura, had been hiking extensively in Montana, and when he heard about a bakery that was being sold, the couple jumped at the chance and bought it, thereby starting the first Great Harvest Bread Company in Great Falls, Montana. That was in 1976.

It doesn’t get much better than Great Harvest if what you’re looking for is fresh-baked bread using a home-grown approach. The chain sources its wheat kernels from the high plains of Montana, almost always from family farms. The wheat kernels are then actually milled on-site to make fresh flour daily at each location.


And the basic bread recipe uses just five ingredients: Freshly milled whole wheat flour, water, yeast, salt, and local honey. Now take a look at the ingredients list on the bottom of a loaf of bread purchased from your grocery store and see the difference.

Great Harvest isn’t your typical franchise operation. When the Wakemans sold their interests in the chain, the new owners (who were already involved in the company as Chairman and President/CEO) wanted the franchisees to be more deeply involved in the whole company and not just their individual stores.

As a result, the Franchise Agreement Board, composed of elected franchisees, has to approve any changes made to the company’s franchise agreement. It’s a progressive, out-of-the-box way to run a chain, and the franchisees seem to love it.

Franchisees also get an unusually high degree of autonomy to establish their locations as unique bakeries rather than having to follow a cookie-cutter approach. Of course the franchisees still have to reflect the Great Harvest brand, but there’s plenty of room for individual expression.

You’ve no doubt heard that ages old notion that people cannot live by bread alone. There was a time when the company’s menu consisted entirely of its original signature bread, but over the years much has been added.