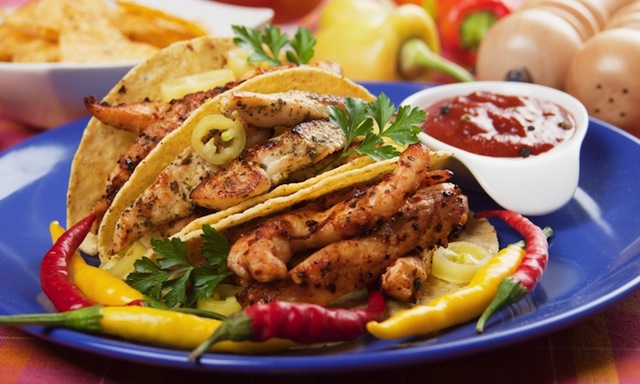 The fresh foods and vibrant culture of the coast of Mexico come to life stateside at the fast casual restaurant chain called Costa Vida. That was the dream JD and Sarah Gardner had when they visited Cabo San Lucas. The first location they opened was in Layton, Utah in 2003.


The focus is on made-from-scratch Mexican dishes using only the freshest, whole, natural ingredients, avoiding the usual high salt and fat seen in much Sonoran and Tex-Mex food. Its approach means it can honor and cater to each guest’s unique dietary needs, including plenty of gluten-free options.

The company’s first franchisees were David Rutter and Sean Collins in 2004. The two were so pleased with the results that they purchased the chain from its founders in 2009. Rutter currently serves the chain as President and Collins serves as its CEO.

Categories on the menu include burritos, tacos, nachos, salads, quesadillas, and enchiladas, with everything being made fresh from scratch, including the tortillas.

Who knew that the underappreciated tortilla is one of the most-consumed forms of bread in the U.S.? Costa Vida took it upon itself to bring the simple tortilla into the limelight by declaring June 4 as National Tortilla Day. The date happens to coincide with Costa Vida’s first location opening back in 2003.

Costa Vida believes 71% of adults desire to eat healthier when dining out, and want to prove that this can happen without sacrificing flavor. The company website gives plenty of information on potential allergens, and even includes a calorie counter so you can easily determine how many you’ll be getting from the various items you select from the menu.

Costa Vida by the Numbers

The chain slow cooks 1.3 million pounds of pork cushion in a year to make its signature sweet pork burritos; Costa Vida makes more than 10,000,000 tortillas from scratch in a year; 2.2 million burritos have been sold since its start, as well as 2.5 million salads; its guacamole is made from avocados harvested from 100-year-old trees located in Michoacán, Mexico.

Costa Vida’s president, Dave Rutter, believes he should be able to walk into any location and hear every employee from top to bottom speak intelligently about the company’s mission and plans to move forward.

And the company also works hard to make sure employee achievements are properly recognized. The general managers who make their goals each year are invited to attend a company vacation. In 2015, no fewer than 80 managers enjoyed getting to know each other in Lake Powell, Arizona.

Back in 2013 when the chain had 49 locations, Collins said in an interview he expected 500 locations to be open by 2016. Given there are only 75 open at this point in 2016, growth hasn’t been nearly as rapid as hoped.