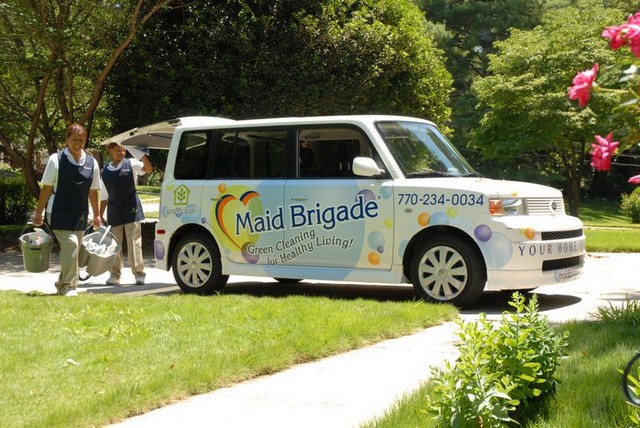 Celebrating Over 30 Years in Business

Maid Brigade was founded in 1979 by Don Hay and Brad Puett. A few years later, in 1985, they officially began franchising. Hay was president and CEO of the company until 2005. In July of that year, Puett took over as president of Maid Brigade. The company’s headquarters is located in Atlanta, Georgia.


The year 2015 marked their 30th anniversary as a franchise company and today, they have over 400 locations throughout the U.S., Canada, and Saudi Arabia.

One of the major things that sets Maid Brigade apart from the competition is that they claim to be the first national cleaning company to go green. They officially went green in 2007 after a few franchisees brought up the idea at their 2006 convention. These franchisees took their idea to vice-president of operations Howard Purdy.

Purdy immediately liked the idea of implementing green cleaning techniques. He and the franchisees who proposed the idea did further research and presented their green cleaning idea to president Brad Puett and chairman of the board Don Hay.


Their newest green cleaning technique employs something called the VapurClean Advantage. It’s a cleaning method that uses dry steam vapor to “clean beneath the surface to remove embedded dirt or kill bacteria and germs.” Maid Brigade says it is the only EPA-registered disinfection device available.

Next post: 35 Substantial Fees Every Jimmy John's Franchisee Needs to Know About