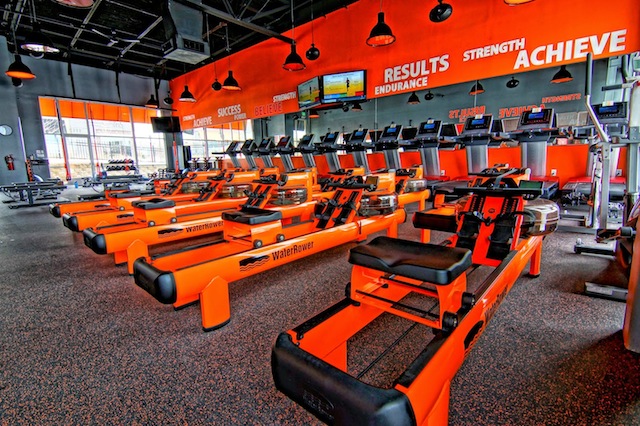 From the Ultimate Workout to a Fitness Empire

Orangetheory Fitness started out as a single fitness club location in Fort Lauderdale, Florida. It was founded by Ellen Latham, a physiologist, in 2009 and grew from the development of an exercise regimen she dubbed “The Ultimate Workout.”

Soon after starting the first location, Latham brought on Dave Long and Jerome Kern to help her expand the business. They began franchising in 2010 and by 2012, Orangetheory had 26 locations. Today, they have over 400 locations throughout the U.S. and the world.

Long and Kern played an integral role in the growth Massage Envy in New York and Florida. After forming Ultimate Fitness Group, which franchises Orangetheory studios, they took European Wax Center from five to 200 locations and sold out the entire U.S. for area development.

As a physiologist and the Director and Vice President of Fitness for Orangetheory, Latham developed a workout program based on something called Excess Post-Exercise Oxygen Consumption (EPOC). Orangetheory offers group personal training and the 60-minute sessions are broken into intervals of cardiovascular and strength training. The program is designed to get 100% of their clients’ bodies moving for the hour.

All club members are given a heart monitor which helps Orangetheory develop a more effective program. The heart rate monitors help clients reach the “orange zone” which is 84% to 85% of a person’s maximum heart rate. Entering the orange zone is what produces the EPOC effect or afterburn, which helps people burn more calories. Orangetheory claims that their clients burn between 500 to 1,000 calories per session.

Though Orangetheory Fitness has only been franchising for six years, they already have over 400 locations. For a fitness franchise, this is explosive growth. In comparison, Gold’s Gym, which celebrated its 50th anniversary in 2015, only has about 540 locations. Although the year is almost over, Long hopes to have 500 locations open by the end of 2016.


In each of their mature markets in South Florida, Tampa Bay, Colorado, and Arizona, Orangetheory has about 30 to 40 locations. Their Houston market is rapidly growing and they expect it to follow suit. Their California and Chicago locations are continuing to grow; they currently have over 30 units in each location that are either in development or are already open. Orangetheory’s goal is to saturate the U.S. market with their fitness clubs. Orangetheory hopes to open an additional 250 U.S. locations in 2017.

Teaming Up With Professional Athletes

In June of 2016, Orangetheory became the official fitness center sponsor of the New York Yankees. As part of the deal, Orangetheory will receive LED signage at Yankee Stadium. In addition, former and current members of the team will make promotional appearances at select Orangetheory Fitness locations in the tri-state area.

Though Orangetheory Fitness has only been franchising for six years, they have quickly earned a spot on Entrepreneur’s Franchise 500 list. They began ranking on the annual list in 2014 and landed at spot No. 403. In 2015, they fell a little and were ranked No. 463 on Entrepreneur’s list. In 2016, they shot up to No. 255.