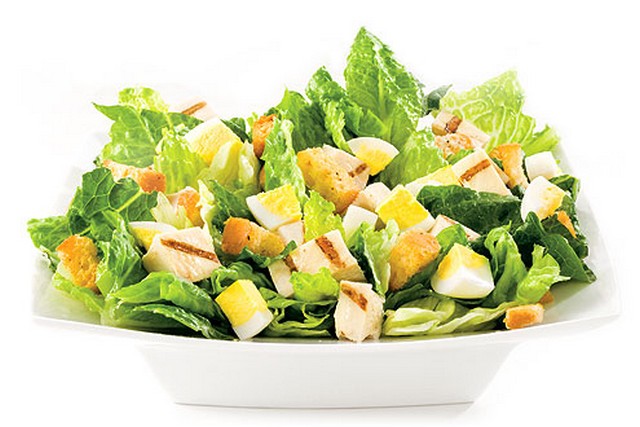 A Small Company with Humble Beginnings

John Scardapane founded Saladworks in 1986 in Cherry Hill, New Jersey. The first location opened in the Cherry Hill Mall where Scardapane hoped to offer consumers a healthier on the go food option. Saladworks remained a local staple with a few locations opening up throughout New Jersey and Pennsylvania. Franchising didn’t begin until 2001.

Saladworks has had some recent troubles and had to file for bankruptcy in early 2015. Scardapane stepped down and new owners took over. Today, Saladworks has recovered somewhat and they have announced plans for future rapid growth. Currently, Saladworks has over 100 locations across 12 states and a few countries.

In February of 2015, Saladworks filed for Chapter 11 bankruptcy. The bankruptcy happened because of a dispute between founder and CEO John Scardapane and minority owner Vernon W. Hill of Commerce Bank fame, which couldn’t be settled any other way.

Hill, who had invested $7.5 M in the company in 2008, wanted his money back. A heated fight broke out between Hill and Scardapane and they agreed that selling the company was the best way to settle their differences. However, the two could not reach an agreement on the details of the sale, so they decided to file for bankruptcy to let the court decide how the sale of Saladworks should go.

Saladworks was eventually sold to Center Lane Partners for $17M. The company’s $2M debt was paid off and then-president Paul Steck was made president and CEO of Saladworks. His tenure as CEO was short-lived as the new owners decided to replace Steck with Patrick Sugrue. Sugrue, who has a history of successfully growing food franchises, was appointed CEO in early 2016.

Since the acquisition of Saladworks by Center Lane Partners, the company has been trying to get back on track and looks toward expanding the brand. They’re hoping to become the national fresh salad franchise, since only regional salad franchises exist in the country.


Saladworks has plans to revamp their stores and menus. They plan to appeal to the millennial crowd with their restaurants’ redesign. They hope to give locations a more modern and welcoming feel by offering communal tables and Wi-Fi lounge areas. Their first redesigned location was unveiled in February 2016 in Newtown, PA. In addition to the new restaurant layout, Saladworks has updated their logo.

Made to Order with Fresh Ingredients

One thing that helps Saladworks stand out from the competition is their dedication to using the freshest ingredients possible. All of their salads and sandwiches are made to order with ingredients sourced from the best farms in the area. Each location chops their ingredients everyday by hand. Not only are their ingredients the best they can find, Saladworks boasts that their average salad with dressing is only 430 calories.

Part of the company’s re-branding efforts includes expanding their menu. In addition to seasonal menu offerings, Saladworks has three new salads, seven new toppings, and five new sandwiches. Their three new salads are Thai Chicken, Mediterranean, and The Farmhouse Salad. Some of their new toppings are even healthier than before and include quinoa, kale, and roasted Brussels sprouts. Among their five new sandwich flavors are West Coast Turkey, Avocado BLT, and Loaded Chicken Salad.

2016 marks Saladworks’ 30th anniversary. To give back to their customers, Saladworks is holding in-store promotions and social media campaigns. Their current contest that is running now through October 15 is giving customers the opportunity to win a weekly free salad for the next 30 years when they enter on 30YearsOfFresh.com.

In addition to the big contest, smaller prizes are being awarded. 15 lucky customers who find a sticker at the bottom of their bowl will win free salads for a year. Some of the other smaller prizes include free drinks and one free salad.

Saladworks has not always ranked on Entrepreneur Magazine’s Franchise 500, but when they do, the company usually hangs around the bottom half of the list. For 2016, Saladworks landed spot No. 320. Prior to that, the last time Saladworks was on the list was in 2012 at No. 416. The lowest ranking that Saladworks has had was at No. 479 in 2006. The highest spot they have achieved was No. 272 in 2009.