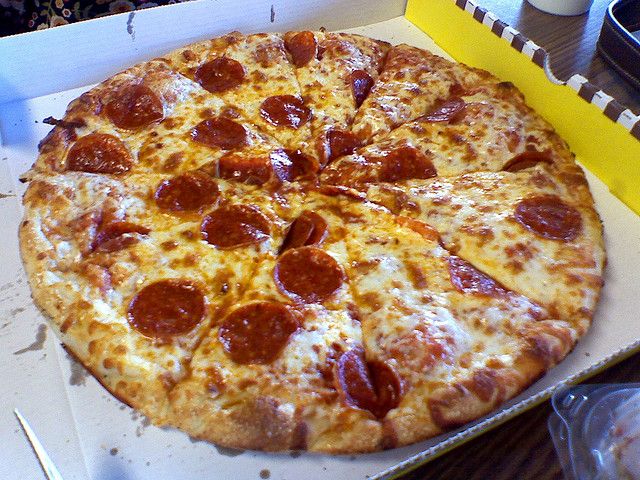 In 1973 in Taylor, Michigan, James Hearn decided to turn a small, old hamburger stand into a pizza delivery/carryout restaurant. Hearn hired a young man named Steve Jackson to be one of his delivery drivers. This meeting would turn out to be fruitful as three years later, in 1976, Jackson and Hearn became business partners and set the foundation for what Hungry Howie’s is today.


The duo expanded the business and opened a few more locations in the area surrounding Taylor. In 1982, they decided to start franchising when Hearn wanted to take their pizza idea down to Florida. He became Hungry Howie’s first franchisee and until his death in 2013 at the age of 72, he owned and operated more than 200 locations throughout Florida.

Jackson stayed behind, to continue to run the company in Michigan. Today, Jackson is the CEO and President of Hungry Howie’s.

Commitment to Quality and the Original Flavored Crust

One of Hungry Howie’s greatest strengths is the company’s commitment to quality. They believe in using only the freshest ingredients and their dough is made fresh daily at each of their locations. This desire to provide the best pizza possible has been present throughout the restaurant’s history.

During the company’s explosive growth in the 80s, Hearn and Jackson established Hungry Howie’s Distribution, Inc. They did this to ensure quality control and to keep their products consistent across all locations. The Michigan commissary opened in 1986 and a year later, the Florida commissary opened.


Around the time their distribution centers launched, Hearn created Hungry Howie’s signature flavored crust. The Original Flavored Crust would become the restaurant’s claim to fame. Pizza Hut and Domino’s have recently adopted the flavor crust idea, offering their own flavored crust options since 2014 and 2010 respectively.

In May of 2016, Hungry Howie’s reported continued same store sales growth for 24 consecutive quarters. According to their report, they achieved over $342 million in sales for 2015. The restaurant’s tremendous success can be attributed to their dedication to changing when things aren’t working out. They have recently re-branded and have remodeled some of their locations, moving toward a more modern look for their restaurants.

Not only has Hungry Howie’s made physical remodels, but they have overhauled their website and introduced a newer, simpler online ordering system. In fact, the company has been dedicated to developing a better IT system since after the 2008 recession hit.

They invested six figures toward creating their own internal digital system and they now have something they call HOME or Howie’s Online Management Exchange. It is a company-wide system that can pull data across all locations so the company and franchisees can monitor their performance.


Through HOME, anyone accessing the system is able to see things like sales made online, average ticket amount, sales by product, average delivery, and much more. Part of the HOME initiative was updating their Point of Sale system. Their current POS and online ordering system have made things much easier for their employees and customers. Ticket sales have gone up 30% since the changes.

Since 2009, Hungry Howie’s has been raising money for the National Breast Cancer Foundation. Every October, they sell their pizzas in pink boxes with the NBCF logo. A portion of every pizza sold during the month goes to the NBCF.

Throughout the month, customers have the opportunity to donate directly to the NBCF through Hungry Howie’s. In return for a donation of at least $10, the restaurant gives these customers a gift certificate for a free, large one-topping pizza. So far, Hungry Howie’s has raised over $1.5 million for the foundation.