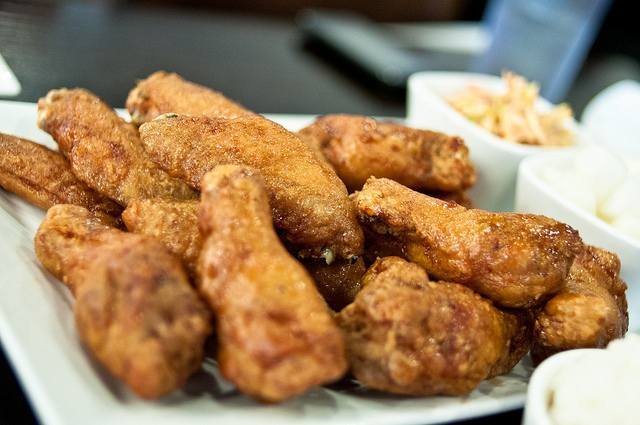 Bonchon Getting Close to 200 Mark

Bonchon is nearing 200 locations, having started 2016 with 188 restaurants in 10 countries, including the United States and South Korea, where the brand originated and developed its recipes for Korean fried chicken and special sauces. The company continues to look for development in countries around the world.

From South Korea to US

Bonchon’s story began in 2002 with a single restaurant in Busan, South Korea. CEO Jinduk Seh, who started out as the manager of a Korean soup restaurant, introduced his signature sauces in Fort Lee, New Jersey, in 2006. The positive response to these sauces led Seh to open the brand’s first full-service location in Leonia, New Jersey, which ascended Bonchon into fame and paved the way for more success in Asian markets.

Bonchon opened locations in the Philippines and Thailand in 2010 and in Singapore and Indonesia in 2012, reaching 100 stores worldwide in 2013. In 2015, Bonchon opened stores in China, Cambodia, Bahrain, Myanmar, Saudi Arabia, United Arab Emirates, Vietnam and Malaysia. The most locations are in the Philippines, which has 97 Bonchon restaurants; with four more in the works, the nation is projected to surpass 100 locations in 2016.

Within the United States, the brand’s first West Coast store opened in 2010, and the 25th store opened in 2014. In 2015, Bonchon opened its first location in Washington, D.C., and entered the Midwest with restaurants in Kansas City, Missouri, and Columbus, Ohio.

The U.S. headquarters and flagship store are in New York City, where all training is conducted. Franchisees receive four weeks of training; while previous restaurant experience is helpful, it is not required. About 40 locations are in the U.S., with another several additional units that will open in 2016. Hong Tae Kim is the chief operating officer for the United States.


“Bonchon” means “my hometown,” and the restaurants are modeled after neighborhood fried-chicken restaurants in South Korea. Bonchon’s Korean fried chicken uses Seh’s unique double-frying method, using sauces that are made in the same factory in South Korea. The frying method renders out fat in the skin, leaving a very thin crust. Chicken is available in wings, drumsticks, chicken strips and combos of wings and drumsticks.

The sauces are the original Soy Garlic and the more daring Spicy sauce; customers can also order Half and Half sauce, which combines the two.

Every Bonchon restaurant serves Korean fermented radish, used to help aid digestion after meals and to add a sweet and tangy taste to the chicken.

A couple of the Asian fusion menu items are takoyaki, fried octopus dumplings drizzled with Japanese okonomiyaki sauce, which is used on cabbage pancakes in Japan, and bibimbap, a Korean main dish of white rice and seasonal vegetables topped by an egg and choice of chicken, seafood, tofu or bulgogi.