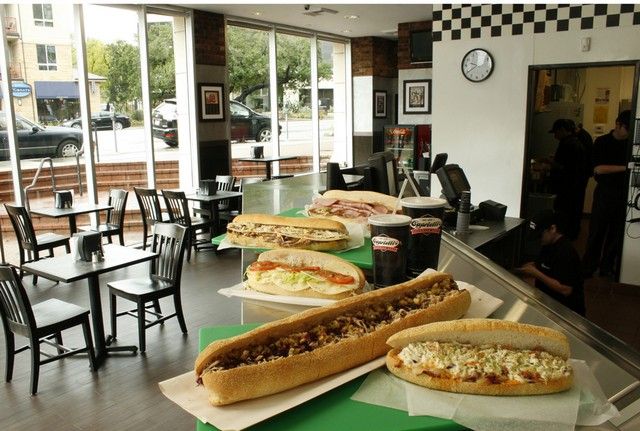 It was 1976 when siblings Lois and Alan Margolet opened up a sandwich shop in Wilmington, Delaware that they named after their grandfather, Philip Capriotti. This was an act of bravery in the Little Italy neighborhood of Wilmington, which already had seven different sandwich shops within a three-block area.

What they needed was some kind of gimmick to set themselves apart from all the other sandwich joints. They settled on in-store roasting of whole, fresh turkeys overnight in order to pull fresh turkey meat each morning for their sandwiches.

They started franchising the concept in 1991, and then in 2008, sold the company to an investment group headed up by Ashley Morris. He had been a franchisee of the chain since 2004 in Las Vegas, which then became the company’s new headquarters.

The roasting of whole turkeys overnight in each store is a tradition that continues to this day, and that very first Capriotti’s location is still there in Wilmington. Here’s how Capriotti’s keeps customers coming back for more in the highly competitive sandwich segment of fast-casual dining:

There are an additional 19 other cold and hot subs and sandwiches and 6 different salads that round out the menu. The coleslaw and meatballs are also made fresh daily in each store.

Back in 2012, when Morris was still a relatively new CEO to the company, there were 60+ locations, and he spoke of opening 500 new locations by 2015. As noted above, however, the number of locations has declined recently to only 90, which seems to stem in part from the closure of a number of locations in Orange County, CA and Dallas, TX all operated by the same franchisee, KCI Investments, with no information available as to what drove the closures.

Another troubling sign is the company website’s press page, which was formerly a busy place with lots of press releases and news postings. With recent postings being just two from the first four months of 2015, this kind of inactivity isn’t usually a good sign.

There’s also been a recent, slight uptick in the number of company-owned locations, which sometimes indicates a need to try and regain control of operations.

Capriotti’s takes a novel approach to training and learning how to improve. It utilizes Google Glass to film employee training videos from a first-person viewpoint. In addition, management trainees also use Google Glass during the busiest times so they can review the footage later and see where improvements can be made.