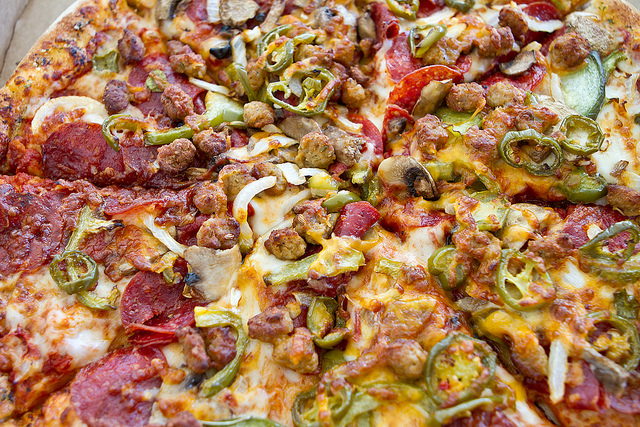 Consumers’ intensive focus on their mobile devices is leading Domino’s down the mobile trail as the company continues to invest in mobile ordering apps for multiple mobile operating systems, including wearable tech and game systems.


“The real growth engine for Domino’s is the mobile platform,” Chief Information Officer Kevin Vasconi told the Wall Street Journal in a February 2016 interview. Mobile apps, Vasconi said, “are going to be a big part of the strategy.”

Vasconi said customers using digital channels aren’t generally tied to one particular channel, but use whatever is most convenient. He plans to hire about 50 new IT staff in 2016 for the mobile push, which will include exploration of how to best integrate technology and data analytics into the ordering, dining and carry-out functions.

In fact, Domino’s even has a website, “Anyware,” that simply shows customers the different ways people can order a pizza.

They can already use an Easy Order Button, an emoji tweet, the Amazon Echo, the Apple watch, Smart TV or even the Xbox One. But to make ordering even easier, Domino’s in April 2016 launched a “no-touch” ordering app for mobile devices.

Once you set up the Zero Click app and input your pizza preferences, all you have to do is launch the app. As long as you order the same pizza all the time, you can just sit back and wait for it to arrive.


If you accidentally open the app, a 10-second countdown will give you a chance to stop the order. If you don’t make it in time, you’ll see an order confirmation.

A step up from mobile apps is the pizza robot being given a trial run in New Zealand. In March 2016, the company announced that the autonomous robot had successfully delivered its first pizza.

The vehicle’s development began in 2015. The four-wheel robot can carry up to 10 pizzas, along with beverages, and can go 20 kilometers from the store before it needs its battery charged. A customer unlocks an order by entering a code.

It’s uncertain how the robot would escape the potential of theft or vandalism, although the company has said surveillance will be included.

Domino’s was founded in Ypsilanti, Mich., in 1960 by brothers Tom and James Monaghan. James left the company eight months later; Tom went on to start franchising in 1967. By 1983 the chain had surpassed 1,000 locations and opened its first international restaurant in Winnipeg, Manitoba, Canada. Domino’s is now the second-largest franchised pizza chain in the United States, following Pizza Hut.


Tom Monaghan retired in 1998, selling 93 percent of the company to Bain Capital, who took Domino’s public in 2004. Monaghan owns the campus where the chain is headquartered at the Domino Farms Office Park in Ann Arbor Charter Township, Michigan.

Chain Has Presence in More Than 80 Countries

Domino’s now has more than 12,600 pizza stores in the United States, Canada, Europe and Africa, and sells pizza in more than 80 countries.

The stores sell regular, pan and thin-crust pizza, from classics like pepperoni and sausage to specialty pies like the Philly Cheese Steak Pizza and the Pacific Veggie Pizza. The chain also sells pastas, sandwiches, chicken, breadsticks and buffalo wings.

An investigation allegedly revealed that Domino’s urged franchisees to use payroll reports from “PULSE,” the company’s computer system, even though the company had known for years that that program under-calculated gross wages.