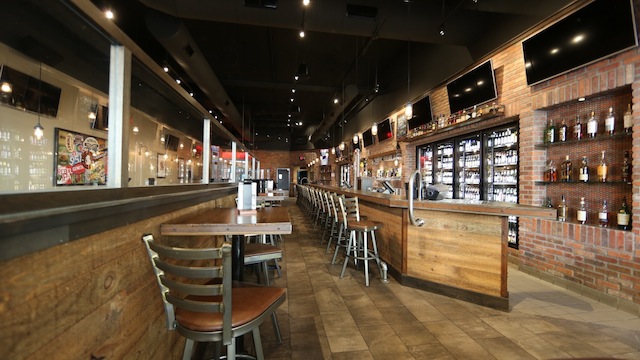 Combining the worlds of craft beer and franchising is a relatively new concept. It’s a winning combination, though, because the people who are devoted to craft beers tend to be very loyal to the concept, so if you can come up with a winning franchise, you’re bound to develop a very loyal customer base.

There are those who think the two worlds don’t mix well. After all, craft beer is all about creating something unique while franchising is all about homogeneity – boiling operations down to a well-oiled machine repeated across multiple locations.

And yet it’s working, although some had to go through a rocky start.

After hurricane Ivan turned his life upside down, Scott Zepp decided to start over in Tampa and opened his own liquor store in 2004. It was not going well, but then Zepp developed a passion for local and regional beer brewing. After honing his knowledge and skills, he opened World of Beer (WOB) in 2007 with friend Matt LaFon.

Both sets of their parents put up their houses to help make their sons’ dream a reality. The investment has paid off: Now there are more than 75 locations in 21 states. Here’s how World of Beer keeps the taps open and flowing in the craft beer industry:

It’s About the Beer

Each WOB location offers 50 different craft beers featured on rotating taps, and as many as 500 different varieties of bottled beer – many of which are brewed in the local or regional area, while the rest come from far-flung parts of the globe.

Part of what helped the concept become franchise-feasible is the fact that the chain didn’t try to run full restaurant service with its beer business. It offered a robust menu of snacks, but had a very stripped-down kitchen operation allowing for much lower overhead costs than running a full restaurant service.

However, in a dramatic shift in strategy starting in 2015, having a kitchen is now a brand standard and all new World of Beer locations must offer the full tavern fare menu, consisting of shareable appetizers, soups and salads, flatbreads, sandwiches and burgers, entrees (such as beer can chicken, pork schnitzel, steak frites), and desserts.

In order to talk customers through such a stunning array of beers to figure out what they might want to order, World of Beer staffers have to be on their game about beer. Staffers go through rigorous training in order to deserve the description of “insanely knowledgeable.”

Every different beer you try gives you a point in the WOB loyalty program, and the accumulated points can be redeemed for all sorts of great stuff – T-shirts, mugs, even free beer parties. Points and beers tried can be tracked using the WOB app for iOS and Android.

Local brewers often look sideways at the idea of working with a franchise, but once they see how serious WOB is about promoting and supporting local brewers, they inevitably get on board with gusto.