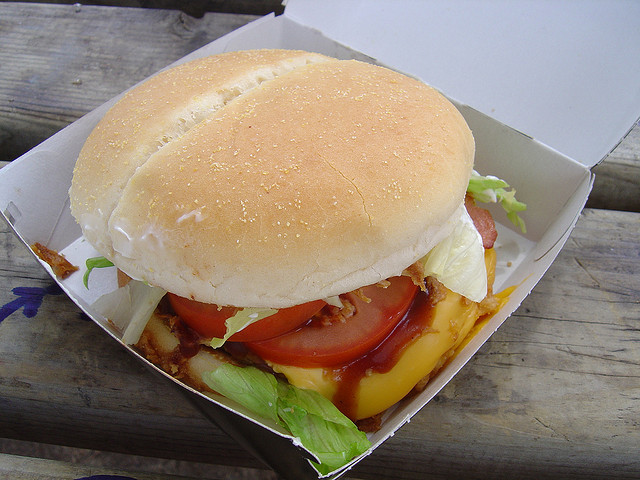 From the Angriest Whopper to a Chicken Fries version that looks more like onion rings, Burger King likes to drum up business with unusual food fare.

Chicken Fries Rings, which resemble onion rings but are breaded and seasoned chicken, debuted in April 2016. Burger King capitalized on the success of Chicken Fries to introduce this new innovation.

Burger King brought Chicken Fries back in March 2015 and gave the popular snack a permanent spot on the menu. Chicken Fries are seasoned and breaded white-meat chicken that’s shaped like french fries.

Fans can even download an app, Chicken Fries Keyboard, on Apple and Android devices. The app features Chicken Fries emojis and stickers that can be used in texts and messages.

In August 2015, Fiery Chicken Fries came on board for a limited time, flavored with a marinade featuring cayenne pepper.

Inspired by Burger King’s famed Black Burger in Japan, U.S. BK restaurants introduced the A.1. Halloween Whopper in September 2015 for the Halloween season. A.1. sauce was baked into the black bun and was part of the condiments on the burger patty, along with American cheese, tomatoes, lettuce, mayonnaise, pickles and sliced onions.

The limited-time burger, launched in March 2016, added a red bun with hot pepper sauce baked into it and is highlighted by flaming onion petals, jalapeno peppers and spicy angry sauce.

Who Let the Dogs on the Menu?

Burger King added Grilled Dogs to the menu in February 2016, becoming the largest U.S. restaurant chain to serve hot dogs. The hot dogs, a permanent menu item, are available as the Classic Grilled Dog and the Chili Cheese Grilled Dog.

To kick off the big menu addition, the chain brought in rapper Snoop Dogg for a tongue-in-cheek promotional training video.

On the last day of May in 2016, Burger King launched a limited-time Whopper of a deal — actually, two Whoppers. The chain’s limited-time special gives customers two Whopper meals for $10, a savings of more than $5, at select locations.

Burger King got its start in 1953 in Florida and has changed hands four times, including 3G Capital of Brazil acquiring a majority stake in the chain for $3.26 billion. 3G would later join partner Berkshire Hathaway in a merger of Burger King and Canadian doughnut chain Tim Hortons that formed a new Canada-based parent company called Restaurant Brands International.

A Burger King in Grandville, Michigan, made a dying woman happy when it made a double meat whopper at 4 a.m. for cancer patient Brenda Traxler at the request of her daughter, Jacki Traxler, in October 2015.

Brenda, who was thrilled to get her favorite sandwich, died just two days later. She told her daughter it was the best Whopper she’d ever eaten. Burger King manager Olivia Martinez had no idea how special that Whopper would be for Brenda.