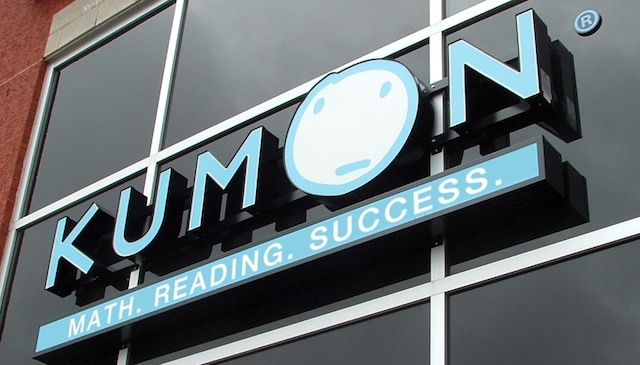 Kumon Math & Reading Centers, the largest after-school learning program in the world, started with simple means: a parent looking to help his child do better in math.

Kumon was created by high school math teacher Toru Kumon, whose young son had scored poorly on a math test in 1954. Toru Kumon started creating daily handwritten worksheets for his son, who went on to make impressive improvements in the next few years.

These achievements drew the attention of other parents, and in 1958 Toru Kumon established the Kumon Institute of Education in Osaka, Japan. Three hundred students joined the institute in its first year.

More Than 25,000 Locations Around the World

In 1962, the first Kumon franchise in Tokyo was opened. Franchises soon came to the United States and many other countries. Today, Kumon has more than 25,000 locations around the world serving millions of students.

All programs at Kumon are based on worksheets and pencils, with increases in difficulty coming in small increments as students demonstrate understanding. The company’s slogan is “Math. Reading. Success.”

Kumon offers two core programs: Kumon Math and the Kumon Reading Program. Students are initially assessed, leading to individualized study plans. The students usually start out at an easy starting point so they may first focus on study habits, concentration and fundamentals. As they progress, they study at levels that are challenging but not so difficult that they become discouraged.


Students study at Kumon Education Centers, which are operated by a senior instructor and a team of center assistants. Instructors must be experts in the curriculum. Kumon assistants are often former Kumon students who have developed deep understanding of the Kumon method.

Toru Kumon gave lectures late in his life on his method, including focusing on the importance of students studying material suited to their abilities rather than age or grade level, and enabling students to study well beyond grade level.

He died in 1995 at the age of 81. Toru Kumon is the namesake of the Toru Kumon Museum in Osaka, Japan, and he is celebrated on Kumon Foundation Day on Oct. 20 of each year. Asteroid 3569 Kumon is named after Toru Kumon.

At the end of 2016, Kumon had 23,909 franchises outside the United States and 1,482 within the U.S. Thirty-six locations were company owned. The company is seeking franchisees worldwide.