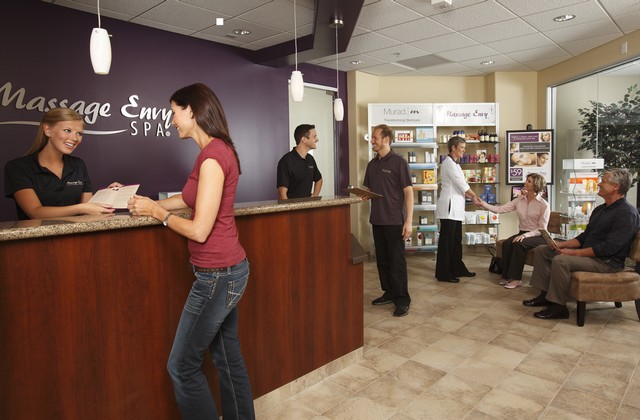 Massage Envy, the world’s largest provider of massage therapy, announced in April 2016 that it is rebranding to emphasize wellness rather than luxury. Rather than an occasional treat, the company says, massages should be looked at as self-care to treat common injuries or deal with aches and pains.

This shift corresponds with the focus on health and wellness that baby boomers have developed as they age and that millennials already have in place as they enter the workforce and plan their budgets.

As part of the rebranding, the company is targeting men in its marketing efforts, but overall it’s setting its sights on lifestyle, seeking customers who are active and enjoy travel. The campaign will utilize digital marketing and social media, as well as traditional advertising and public relations, and will include corporate marketing as well as individual franchise marketing in local markets.

Massage Envy hired Joseph C. Magnacca as its new CEO in January 2016. Former CEO Dave Crisalli will continue to serve as a member of the company’s board of directors. Magnacca previously held senior leadership positions in large companies such as Loblaws, Radio Shack and Walgreens/Duane Read.

Massage Envy was founded in 2002 to deliver affordable massage services within a membership-based business structure. The company expanded in 2009 to offer facials and other spa services in many locations, partnering with Murad for facials.

Clients buy memberships that provide lower-cost massages or facials. Unused massages roll over to the next month, and members can purchase additional massages and facials at low prices and take advantage of specials for friends and family members.


Massage Envy says its average unit volume exceeds $1.29 million. The franchise has a membership base of more than 1.64 million people and performs more than 1.6 million massage sessions each month. The company employs more than 25,000 massage therapists.

Massage Envy is owned by Roark Capital Group, a private equity firm based in Atlanta, Georgia, that is an investor in Anytime Fitness and numerous other companies.

Massage Envy was ranked No. 2 among franchises with $500,000 investment and above in Forbes’ 2015 list of Best Franchises to Buy.

The company was also ranked No. 43, its highest rank in recent years, in Entrepreneur’s Franchise 500 for 2016.

Territories are available nationwide, but immediate growth opportunities are available in about 20 U.S. states. The company is also seeking master franchise agreements in international markets.

In May 2016, a Las Vegas woman was awarded $72,000 in a civil suit for assault and battery by a massage therapist at a Massage Envy franchise and gross negligence by the franchisee. A jury found that the franchisee, who did not respond properly to the assault report, was almost as liable as the massage therapist, who was fired only after a subsequent assault was reported. The therapist had three previous complaints at a previous Massage Envy location.

All claims against Massage Envy Franchising LLC were dismissed prior to trial. The company issued a statement saying that franchisees are required to “use the industry’s most robust pre-employment screening and training program and strict adherence to our Zero Tolerance Policy regarding inappropriate conduct.”

Other similar assaults have been reported at Massage Envy locations in more than a dozen states, and at least three therapists were charged, accepted plea agreements to lesser charges, and were sentenced with probation. In a news story by ABC15, an ABC affiliate in Phoenix, Arizona, that examined these reports, Massage Envy Franchising issued a statement condemning all such assaults and outlining its reporting policies. The company said it had terminated 17 franchise agreements in the previous two years for violating policies regarding inappropriate conduct and that its programs and policies aim for zero such incidents.