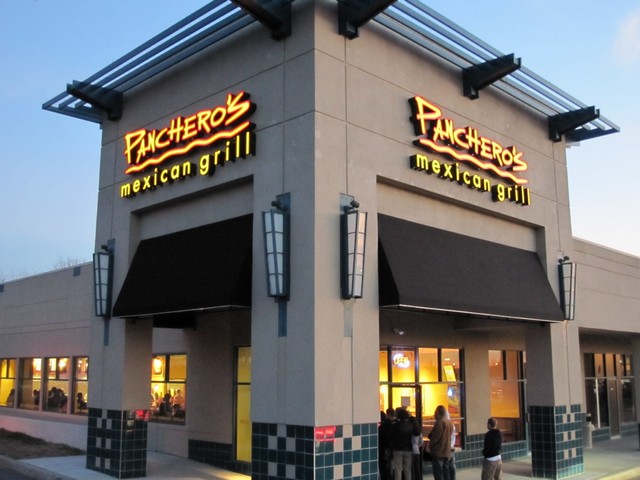 Pancheros Mexican Grill has tossed out its stamp-based loyalty cards and replaced them with a card-based rewards program called Burritos With Benefits. A customer who registers a rewards card on the company’s website will get a free burrito.


Each dollar spent at any Pancheros location generates a point. When a customer reaches 100 points, he or she gets a free menu item.

The company said it chose Brink POS because of its integrated software solution and quick and easy deployment.

Pancheros Mexican Grill began in 1992 when founder Rodney Anderson opened restaurants in Iowa City, Iowa, and East Lansing, Michigan, near the University of Iowa and Michigan State University campuses, respectively. The chain has been franchising since 1995 and has a presence near many universities, including a good chunk of Big Ten campuses.

Pancheros is headquartered in Coralville, Iowa, and is still led by Anderson, its president and CEO.


Currently, the chain has more than 65 locations, including more than 25 corporate locations and more than 40 franchised locations, all in the U.S. The company is seeking new franchisees throughout the country.

Pancheros reached the West Coast in June 2015 with two new restaurants in City of Industry and Fremont. The expansion is part of a plan announced in 2014 to more than double the brand’s locations by 2019 with 70 new restaurants.

The chain’s mascot is Bob the Tool, a special decorated plastic spatula that mixes ingredients.

Pancheros was ranked 408th on Entrepreneur’s Franchise 500 list for 2016, a drop from 311th in 2015. The chain did have a one-year unit growth rate of 2.9 percent with two new units, and 7.4 percent growth with five units in three years.

Huffington Post in 2015 put Pancheros on top of a list of Mexican restaurants that could give Chipotle a run for its money. The list, “The Next Chipotle: 6 Chains Ready to Blow Up in 2015,” stated that Pancheros uses high-quality, healthy and desirable ingredients and ensures that burritos are evenly filled.

Pancheros Mexican Grill introduced a fall limited-time menu item in October in a handful of locations. Harvest Sweet Potato Mash could be eaten as a side or as part of a burrito, combined with other ingredients such as grilled chicken, pinto beans, rice and roasted corn salsa.

Next post: FDD Talk 2016: The Wings Over Franchise Opportunity (Financial Performance Analysis, Estimated Costs, and Other Important Stuff You Need to Know)