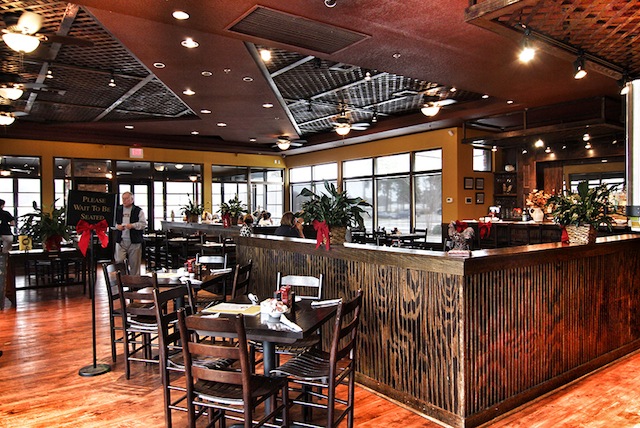 Best friends Brian Burchill and Robert Maynard opened their first breakfast restaurant in a house in Huntersville, North Carolina back in 2005. They established a fun atmosphere and offered unique menu items, such as made-from-scratch portabella mushroom benedicts and avocado omelets, that left customers demanding more.

They started two more locations and in 2013 decided to start franchising the concept. With 11 locations open and another dozen in the works, here’s how Famous Toastery keeps breakfast anything but boring for its customers:

Americans love breakfast, but for those looking for something other than the usual boring options, Famous Toastery delivers.

The fledgling chain was recognized by Technomic and CNBC as one of the top six food franchises to watch in 2016. The list recognizes in particular new chains in the early stages of development that are focused on doing better in the highly competitive restaurant business – better food, better service, and an overall better experience.

The better breakfast segment is still relatively new, which means there’s a lot of untapped potential to be leveraged for business success.

Famous Toastery was also featured in Entrepreneur Magazine when its very first franchisee grossed more than $900,000 within its first six months of business. This recognition and success comes from the solid foundation built up in the company’s early years. It has been called the best breakfast and best brunch option in the Charlotte, NC market for more than a decade running.


And franchisees love the limited hours, as most locations are only open from 7:00am to 3:00pm. And yet it yields the same sales volumes as quick-service restaurants that are open 24/7, which means a much saner lifestyle for franchisees.

The quality of the menu allows for a slightly higher price point than many QSR brands, which helps with revenues.

The Famous Toastery approach to the better breakfast concept is the exact opposite of what so many breakfast joints have chosen – the literal greasy spoon approach. Everything at Famous Toastery is made fresh each day from scratch, whether it’s salad dressings or fresh-roasted turkey.

For breakfast, the chain offers a great variety of egg dishes, breakfast sandwiches, omelets, flapjacks, and French toast. For those interested in brunch, there are all the breakfast options as well as an array of sandwiches, wraps, melts, salads, burgers, dogs, meatloaf, and mac-n-cheese.

There is definitely a niche market of brunch-goers who like an alcoholic beverage with their meal. Most think of brunch booze as limited to the Bloody Mary or a mimosa, but Famous Toastery has started a new trend that pairs wine with brunch. The chain has put a lot of thought into which wines pair well with specific menu offerings, and customers are loving the suggestions.

Famous Toastery is also making the most of such brunch trends as a focus on natural ingredients and minimally processed foods, ethnic inspired foods, and artisan cocktails.