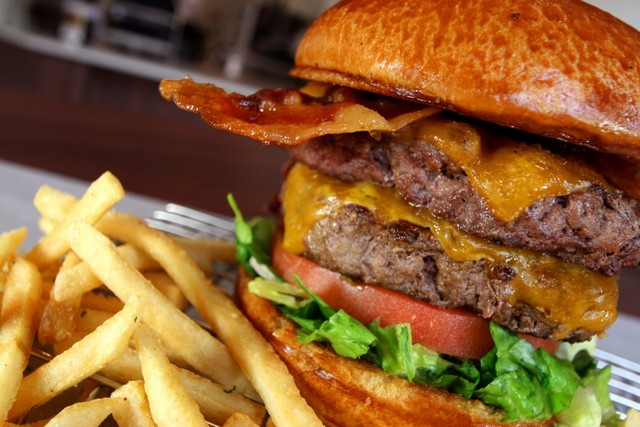 It was November 2009 when the owners of the fondue chain The Melting Pot Restaurants were bitten by the better burger bug. But this is not an easy segment to break into. After creating and testing literally dozens of different burger concepts, the first Burger 21 was opened in the Westchase area of Tampa, Florida, in November 2010, to show what it means to go beyond the better burger.

With 20 locations in eight states open and another half-dozen slated as coming soon or under construction, here’s how Burger 21 gets its grill on in the highly competitive better burger segment:

It’s hip and modern, but also family oriented, which means it’s not uncommon to see families of three generations enjoying the unique creations at Burger 21.

Each location prominently displays many B-isms such as B-saucy, B-different, B-comfortable, and B-involved in hipster fonts and graphic designs on the back of the menu and painted on the walls. They represent both the brand’s values and what customers can expect from the food and service.

Burger 21 takes its community involvement quite seriously. Each restaurant donates 10% of each day’s sales to a local charity or school on the 21st of each month. Thus far, Burger 21 has provided more than $127,000 in contributions to local charities and schools.

Just the names of some of these burgers are quite intriguing, including Ahi Tuna, Tex-Mex Haystack, The Skinny (turkey burger), Cinco Burger, The Greek (vegetarian), and The OMG! The chain’s signature shakes also rise to the occasion, including such flavors as Bananas Foster, Key Lime Pie, Ybor City Double Espresso, and Crème Brûlée.

Burger 21 has been named one of Fast Casual’s Top 100 Movers and Shakers for three years running, most recently clocking in at the #5 slot. The chain’s president, Mark Johnston, was acknowledged as one of the Top 25 People of 2014 by Fast Casual for his strategic leadership in the growth and development of the chain’s brand. QSR named it among the Best Franchise Deals of 2014.

The chain recently promoted Mike Remes to be the chain’s first dedicated corporate chef in charge of all aspects of the brand’s menu development, including its monthly feature burgers and shakes. His first creations: The Bayou Burger, a play on New Orleans-style gumbo; a fried green tomato burger; and the Turducken – fresh-ground chicken and rosemary, inside honey sage duck, inside chive and Dijon ground turkey, with brie and cherry cranberry chutney. And if that doesn’t pique your interest, nothing will!