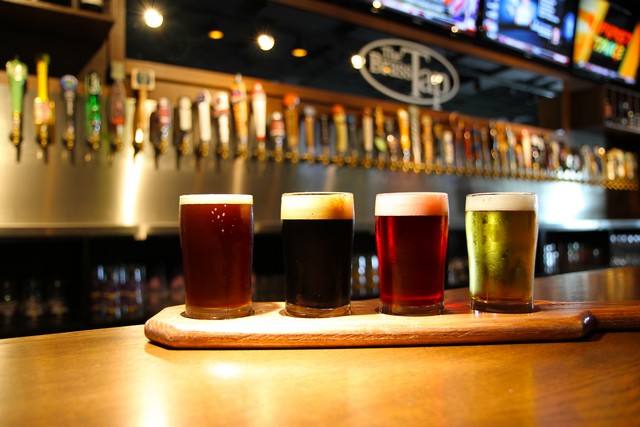 At first glance, craft beer and franchising seem antithetical to one another, with the former’s emphasis on unique and local, and the latter’s focus on standardization and regional or national scaling. But the plain fact of the matter is that the craft beer boom is being combined with franchising – and the results are surprisingly successful as evidenced by such chains as World of Beer, Craft Beer Cellar, and The Brass Tap, founded in Tampa in 2008. It just goes to show the truth in the old adage, with beer, anything is possible.


The Brass Tap didn’t start franchising until 2010, but the chain has grown rapidly to 33 locations, with another five on the verge of opening. The vibe it has cultivated is one of a neighborhood hangout (think Cheers). Here’s how The Brass Tap keeps the libations flowing in the craft beer segment:

This is an upscale beer bar that offers up to 80 different craft beers on tap along with at least 300 varieties of imports, local craft beers, and a large selection of premium wines and cigars. The chain is constantly searching for the best beers all around the country and globe.

The taps are rotated to ensure plenty of variety and new discoveries. Hundreds of different bottled beers are also made available for taking home. You could drink a whole lot of beer at The Brass Tap and never have the same beer twice, if you were so inclined.

The focus is clearly on the beer. Food is offered, but it’s clearly secondary, and is really only there to support the beer. The chain also has a focus on entertainment in the form of daily entertainment from local bands, and there are also plenty of high-definition televisions for those who want to catch the latest sports.

By not having to run a full restaurant on top of the craft beer bar, overhead costs are kept much lower than would otherwise be the case.

The Brass Tap is on the rise, and this is in spite of the fact that craft beers make up just 6.5% of all beer sold in the country. However, it also happens to be the fastest-growing beer segment around, which is what chains like The Brass Tap are capitalizing on.

Part of what chains like The Brass Tap have to do is educate newbies, taking a light beer drinker unfamiliar with the world of craft beer, and getting them to try new and different brews. Nearly all who are willing to explore find themselves becoming aficionados of darker, heavier, unique beers they would have never before seen themselves drinking.