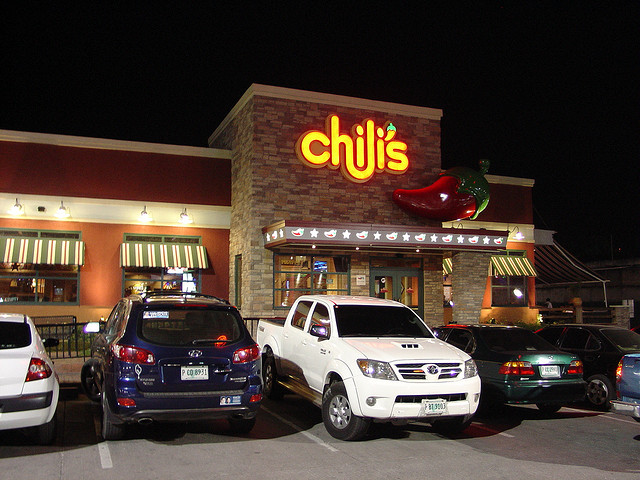 Technology is a crucial element at Chili’s, which has focused heavily on digital solutions for guests over the past several years. The casual dining restaurant chain has been working on digitizing its restaurants since 2013, when it started testing Ziosk tablets at select restaurants.

The tabletop devices were rolled out in 2014 for guests to browse the menu, order food and pay for their meals while also playing games and getting news and entertainment updates. The tablets are well-utilized, bringing in three-quarters of Chili’s credit-card sales.

In 2015, the chain introduced My Chili’s Rewards, a loyalty program that brings together technology, personalization and gaming while enabling guests to earn and redeem points. In six months, more than 4.2 million customers joined the rewards program.

In January 2016, the chain also joined Amex’s Plenti loyalty program. Users can earn and redeem points for multiple brands, and by the second half of 2016 they’ll be able to participate fully in the Plenti program while keeping their current loyalty status with Chili’s.

Chili’s is also overhauling its online ordering system in the first half of 2016, partnering with digital ordering company Olo. ApplePay will be gradually rolled out in 2016 as well.

Chili’s serves American food with influence from Tex-Mex cuisine in restaurants that are decorated in Southwest themes. The restaurant chain was founded in 1975 in Texas by Larry Levine, who opened the first location in a converted post office in Dallas. By the early 1980s the company had grown to 28 locations.

Also debuting was Chili’s Fresh Tex menu featuring reformulated sauces for a number of dishes, including the brand’s signature Chili’s Baby Back Ribs.

Chili’s features a varied menu of ribs and steak; spicy tacos, quesadillas, fajitas, enchiladas, burritos and Fresh-Mex Bowls; chicken and seafood; and about a dozen homestyle sides such as mashed potatoes, black beans, corn on the cob, and asparagus with garlic roasted tomatoes.

Lower-calories options are collected in the Lighter choices menu. The restaurants also offer lunch combos and a $20 dinner for two with multiple choices for appetizers and entrees, as well as desserts, beverages and a kids’ menu.

Next post: FDD Talk: The Music Go Round Franchise Opportunity (Financial Performance Analysis, Estimated Costs, and Other Important Stuff You Need to Know)