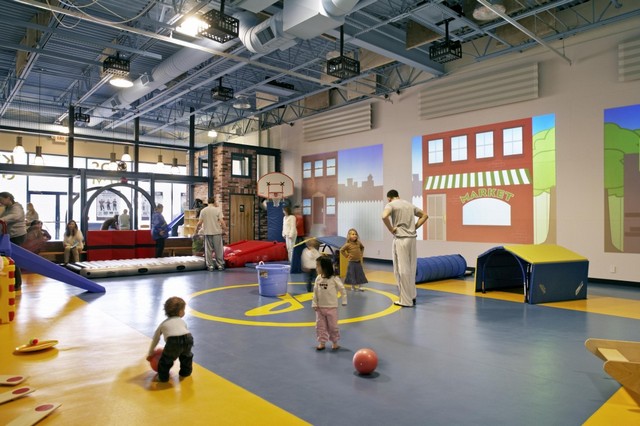 When Jyl and Keith Camhi were looking around for ways to help their children stay fit, they were sorely disappointed by the lack of interesting options. They were already fitness buffs themselves, being avid exercisers and athletes, and they wanted more than the dated facilities that tended to cater to just one sport, such as gymnastics. Rather than just give up or settle for less, they decided to take matters into their own hands, designing their own fitness club concept for kids.

Keith brought his knowledge of fitness technologies to the table. He previously founded FitLinxx, a leading provider of fitness tracking technologies, which became one of the twenty fastest-growing technology companies in the late 1990s. Their systems have been used by millions of exercisers around the world, as well as the U.S. military and elite athletes.

Meanwhile, Jyl was a successful manager at Microsoft, even winning the coveted Manager of the Year designation from Bill Gates himself in 1996. When it comes to creating systems for operational success, Jyl delivers.

They aimed for something that would not only provide a well-rounded range of skills, but really get kids started off on the right foot when it comes to fitness. They opened the first Great Play gym in Stamford, CT in 2006. When they realized they were definitely onto something, they started franchising in 2008.

Now with a dozen locations, the company is looking to engage in a major growth campaign. Here’s how Great Play keeps kids hopping in the children’s fitness segment:

Great Play caters to the youngest of the young, providing fitness opportunities for children from six months through the fifth grade. What that required was an in-depth understanding of the progression of motor skills and athletic capabilities during these years of rapid development. At Great Play, kids develop coordination, sports, and motor skills in a highly interactive environment.

Why the focus on this particular age range? Research shows that by the time a child reaches the fifth grade, the skills and confidence they’ve developed pretty much determines how active they’ll be for the rest of their lives. Clearly, there’s a lot at stake, and Great Play gets it.

The brilliant stroke that the Camhis incorporated into their concept was combining physical activity with virtual gaming through the use of digital projectors and sensors. The result is a high-energy program that takes place in an ever-changing interactive gym. Ask any kid who’s been to one, and they’ll tell you just how FUN it is.

Great Play has taken on a serious challenge in the 21st century – to help children develop a love of physical activity that will lead to an active, healthy, confident life. The company firmly believes that every child has the capacity to be physically successful, whether for fun or more. All they need is to be outfitted with the right tools and skills to reach their full potential.

Next post: Social Media Marketing: What Can It Do for Your Franchise?