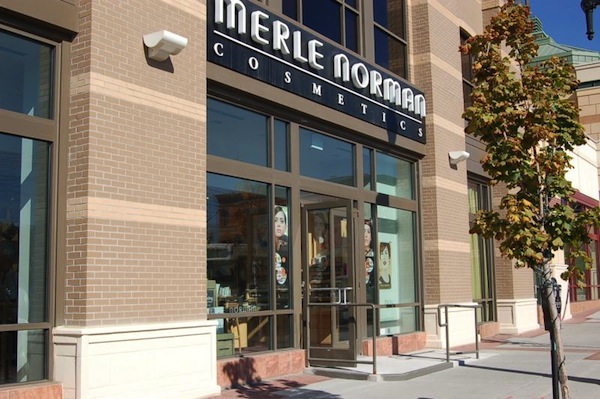 Merle Norman Cosmetics has been around for a long time. It was back in the 1920s when Merle Nethercutt Norman began sharing her homemade skin-care products with family and friends. Her unique twist at that time was demonstrating the products because she was sure if she could have them try it, they would buy it. In fact, Merle Norman’s efforts are the origins of the well known phrase, “Try before you buy.” She is also credited with the whole before/after makeover demonstration, which can be a really powerful approach in selling products.

As demand for her products grew, she opened her first studio in 1931 in Santa Monica, CA, with the help of her nephew, J. B. Nethercutt. In a time where there were relatively few employment opportunities for women, Merle Norman created a channel through which hundreds of women could operate their own studios selling her products.

Merle passed away in 1972, and J. B. as well in 2004, but under the leadership of Jack B. Nethercutt II, Merle Norman Cosmetics remains a family-owned business today, with more than 2,000 studio locations throughout the U.S., Canada, and Mexico.

A Quality Product Line, Made in America

Merle Norman Cosmetics includes hundreds of products that have stood the test of time to meet the skin-care and color needs of women everywhere. Quality is achieved by the company manufacturing and packaging its own products, and its constantly experimenting with the finest ingredients and formulations to stay on the cutting edge.

What’s more, all its products are made in the USA, which matters a lot to many consumers.

At a Merle Norman Cosmetics studio, patrons enjoy a full range of services that help them look their best. The Skin Assessment is a diagnostic procedure that helps customers determine what products they need. With so many choices of foundation out there, the studio’s Foundation Check helps customers determine which foundation will make them look their very best. The Express Makeover is geared towards updating a customer’s look, as well as teaching them how to achieve it with Merle Norman products.

For franchisees, it’s important to realize that fans of Merle Norman Cosmetics are extremely loyal customers. On average, the chain’s customers have been loyal shoppers of the brand for 14 years – which is nearly unheard of in the beauty industry.

Make no mistake, helping women look and feel their best is a great business to be in. As chain President and Chairman Jack B. Nethercut II says in his letter to potential franchisees: “A common sentiment lies among Merle Norman Studio Owners. They often talk about the satisfaction they feel helping women look and feel great about themselves. That’s the true beauty behind the business.”

That’s part of why you’ll find some Merle Norman studios have been owned by multiple generations of the same family.