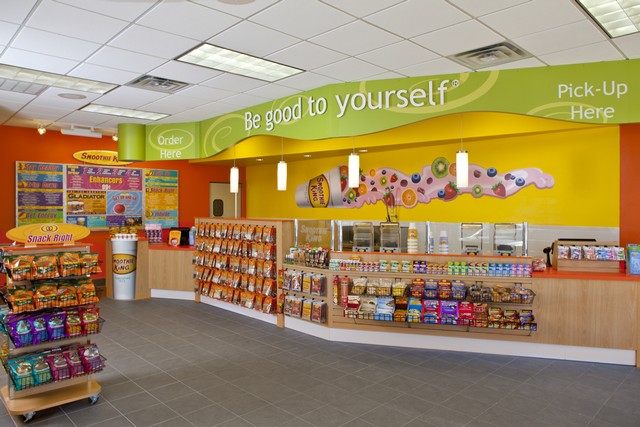 Wan Kim, owner of Smoothie King since purchasing it from the chain’s founder in 2012, has been steadily growing the franchise, with more than 100 new locations opened in his first two years of ownership and an 8.47% hike in same-store sales in 2014 over the previous year.


Kim’s goal for 2015 was to average two locations a week and to increase the average gross sales. He wants to see 1,100 domestic locations by the end of 2017.

Smoothie pioneer Steve Kuhnau founded the chain in Kenner, Louisiana, in 1973 as a standalone vitamin shop, inspired by his chronic food allergies to create fresh-fruit smoothies that were packed with nutrients, vitamins and minerals. Smoothie King became the first franchised smoothie bar/health food store in the U.S. in 1989.

Kim, of Seoul, South Korea, discovered the company in 2001 as a student at the University of California at Irvine. Impressed with the products and approach to health and wellness, Kim opened the first Smoothie King location outside the U.S. when he returned to Seoul in 2003. His work on growth of the brand led to 130 locations in Korea.

In 2012, SK USA Inc., a company Wan created, bought Smoothie King Franchises Inc. from Kuhnau, and Wan relocated to New Orleans, where he is the company’s CEO.


The smoothie chain has more than 730 stores around the world and is expanding aggressively in the U.S., Korea and Singapore.

Chain to Move into Middle East

Smoothie King will enter the Middle East with the signing of an agreement in July 2015 with Al Ghurair Retail LLC of Dubai for 45 Smoothie King locations. The first locations are expected to open in the fall in the United Arab Emirates.

After expanding to South Korea, Singapore and the Cayman Islands, Smoothie King has been quiet on the international front for the past several years. The Middle East agreement will bring Smoothie King locations into the Gulf Cooperation Council states (Bahrain, Kuwait, Qatar, Saudi Arabia and the United Arab Emirates) over the next five years.

Smoothie King announced in July 2015 that it had opened two variations of a prototype standalone unit, a 1,050-square-foot store in its New Orleans headquarters and a unit covering 1,500 square feet in Arlington, Texas, which is within the Dallas-Fort Worth market. The units have drive-thrus and limited seating. A similar store was planned in Metairie, Louisiana.

The New Orleans Arena, the home of the NBA’s New Orleans Pelicans (formerly the Hornets), was renamed the Smoothie King Center in February 2014 in a 10-year agreement.

The Pumpkin Spice Smoothie returned to Smoothie King Aug. 31, 2015, and will take fans through the fall. The smoothie is made with pumpkin-pie filling, nonfat milk, Greek or frozen yogurt and a vanilla protein blend. If made with protein-rich Greek yogurt, the smoothie has a solid 15 grams of protein in 300 calories, with 4 grams of fiber. This smoothie is made to order for those who like to sneak tastes of the pumpkin pie batter at Thanksgiving.

Smoothie King introduced two new Vegan Smoothies Powered by Sunwarrior in September 2014. Sunwarrior raw plant-based protein was combined with ingredients such as kale, acai and mango for these smoothies, which were made available in Mango Kale and Dark Chocolate Banana Flavors. The smoothies provide up to 11 grams of plant-based protein, are free of lactose and gluten and are rich in Vitamins A and C. Each has less than 350 calories per 20-ounce serving.

Smoothie King in June 2014 introduced three new Greek Yogurt Smoothies, bringing to the menu the protein, calcium and probiotic advantages of Greek yogurt. Flavors included Blueberry Strawberry, Pineapple Mango and Carrot Orange. The smoothies, whose yogurt comes from Chobani, each have less than 350 calories and provide up to 12 grams of protein and 4 grams of fiber.

Carrot and kale, which parents had praised in test markets, joined the Smoothie King menu in March 2014 with Berry Carrot Dream, Apple Kiwi Kale and Carrot Kale Dream smoothies. The introduction of the two vegetable ingredients meant that customers could add them to their favorite smoothies in addition to purchasing the new smoothies.

Previous post: How Much Is an Elements Massage Franchise? (Detailed Franchise Costs)