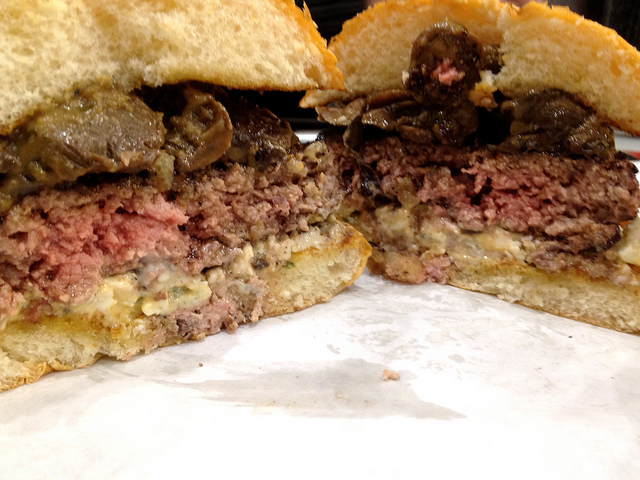 BGR The Burger Joint is under new management, as it has been purchased by Chanticleer Holdings Inc.

With the addition of BGR’s 20 units, Chanticleer is nearing 50 locations in the U.S. and other countries, including Hooters franchises and American Burger stores as well as Just Fresh, in which Chanticleer has a majority interest.

BGR was founded in 2008 by March Bucher, sparked by his memories of his childhood in Philadelphia. There, he and other children would line up to get a burger from butcher Philip Kaufman. Bucher’s sandwiches are inspired by those he remembers Kaufman creating.

The Legends sandwiches include the signature The Burger, featuring prime, dry-aged beef grilled over an open flame; Veggie, a fresh house-made burger blending black beans and brown rice with molasses and oats; Grilled Chicken, with grilled chicken breast; and Turkey, infused with Portobello mushrooms and Gorgonzola cheese. Customers choose from a variety of toppings, such as the usual fresh lettuce, tomato, onion, pickles and Mojo Sauce, as well as bacon, grilled jalapeño, avocado and more.

Notable extra touches include grilled asparagus and sweet potato fries as sides; vintage bottled soda; lettuce wraps for any burger; a salad bowl featuring a burger on mixed greens, cumber, onion and tomato; and additions of rosemary, roasted garlic and Parmesan cheese available to add to any order.

The chain announced in May 2015 that it would open its second international franchise location in Kuwait, within The Cube Mall.

The chain moved into Texas in July 2014 with a Dallas location.

BGR is also adding a second Springfield, Virginia, location in the summer of 2015. The store will be in the Springfield Town Center, located at the “Mixing Bowl” interchange featuring Interstate 95, 395, and 495, among the busiest highway junctions in the U.S.

BGR received honors from The Washingtonian in June 2015 for “Best Burger In DC” and took second place in the “Best Fries” category.

Washington DC Eater picked BGR’s The Lamb burger third on its list of 25 Essential Burgers in D.C. in April 2015.

Business Insider, in a list of Best Burgers in Every State, noted that BGR gets its beef from free-range, grain-fed cattle and does not use hormones, fillers or antibiotics, as well as grills over an open flame and uses fresh buns baked daily. The burger pick for Washington, D.C., was “The Burger,” the chain’s signature sandwich, featuring prime, dry-aged beef with the customer’s choice of toppings, such as grilled pineapple and Applewood bacon.