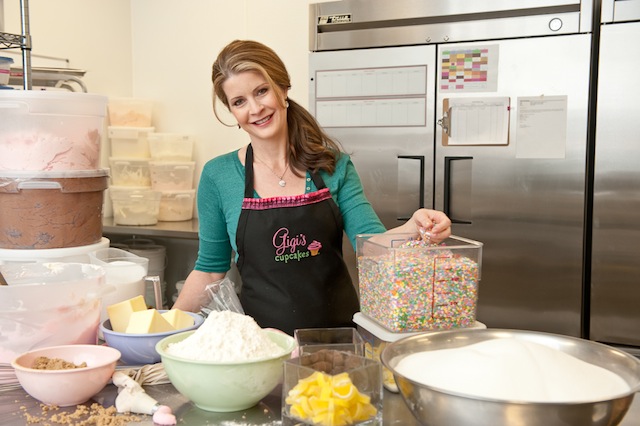 In this exclusive Franchise Chatter Q&A, we get to learn more about Gigi’s Cupcakes from Gigi Butler, its founder.

Franchise Chatter (FC):  How did you get the idea to start your own cupcake franchise?

Gigi Butler (GB):  I grew up in a family of entrepreneurs. My dad was an entrepreneur and my aunts and great aunts owned and operated bakeries, so I was always around cooking and baking. My Aunt Bennie owned a bakery and catering business and I would spend summers with her. I’d help her bake, cater events, and read her cake decorating books.

Although I loved to bake, my dream was to become a country music singer. In 1994, I packed up and moved to Nashville with less than $500 in my pocket. I decided to pursue a country music career instead of going to college. During the day, I operated my small cleaning business and at night, I would sing at the bars and honky tonks near music row.

In my early thirties, I realized that my music career was unlikely to take off so I decided to focus entirely on my cleaning business.

A few years went by and then my brother called me while I was cleaning a home and told me that he had waited in line at a cupcake bakery in New York for hours. He said, “Your cupcakes are better than these. You should open up a bakery.” I looked at myself in the bathroom mirror and decided to go for it.

I opened my first cupcake shop in February 2008 with only $33 left in my bank account. Now, seven years later and against the odds, we’ve grown to become the largest cupcake franchise company in the nation. We just opened our first international location in early 2015 in South Korea and hope to continue to expand in other countries.

FC:  It looks like Gigi’s locations are located in mid-sized markets. What is the growth strategy?


GB:  We have done well in mid-sized markets and we’re continuing to expand in these areas. We currently have nearly 100 stores open throughout the country, and we have a strong presence in the Southeast and Midwest, though our bakeries reach as far as Phoenix, Arizona and Fargo, North Dakota.

Once customers learn about Gigi’s Cupcakes and our superior product, we have learned that there’s demand for a Gigi’s in larger DMAs.

This year, we will open approximately 20 new stores through franchising, many of which are via existing franchisees who are filling out their markets. We’re confident that we will get to 250 stores over the next five years.

FC:  Why would someone choose Gigi’s Cupcakes over any competing bakery franchise?

GB:  First and foremost, our product stands out above anyone else’s. We have more than 300 proprietary cupcake recipes that have been perfected. We are best known for our signature swirl – icing piled high on top of a freshly-baked cupcake.

We do not compromise with the quality of the ingredients. Each handmade cupcake is made with the finest and freshest ingredients like Saigon Cinnamon, Madagascar Vanilla, farm fresh butter, hand selected fruits and nuts along with a variety of seasonal treats.

Our tremendous leadership team is comprised of industry experts. We have assembled the best in class when it comes to franchising and restaurant development and everyone is committed to continuing to grow the Gigi’s brand nationwide.

FC:  We understand you’ve recently rolled out a new bakery design. Why was this necessary?

GB:  We have so many amazing products in our bakeries that we wanted them to stand out even more to our guests.

Our new bakery design debuted this year and features upgrades such as refrigerated bakery cases, stunning high-definition electronic menu boards and greater seating capacity compared to older bakery locations. The new design is not only welcoming for guests who walk in, but it beautifully displays all of our products. 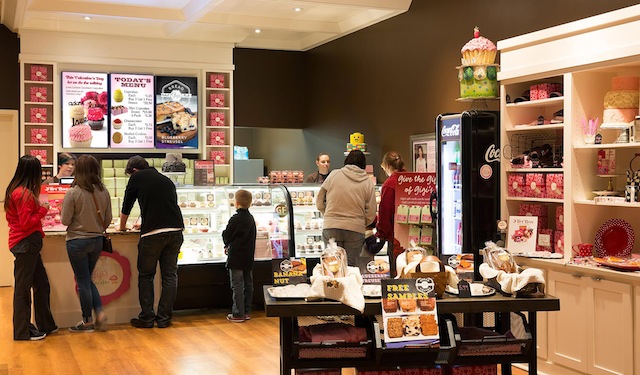 FC:  Are you concerned about the “cupcake fad” being over? How does your business have long-term staying power?

GB:  In order to avoid being a fad, you need to offer a unique product and great customer service. Everyone likes sweets. Cake has been around since the early 1700s. Cake is not going out of style. People love cupcakes and always will – they make people happy. Happiness will never go out of style either.

Menu diversification is an important focus for us, and I believe it will keep us relevant. Over the past several years, we have added cheesecakes, pies, bread loaves, specialty coffee and more, to drive more guests to bakeries across multiple dayparts. Those newer menu items are in addition to the 40 million cupcakes we have sold since we started in 2008.

FC:  What is the typical investment to open a Gigi’s Cupcakes?

GB:  The total initial investment for a Gigi’s Cupcakes is approximately $275,000 and varies based on location, square footage and equipment package.