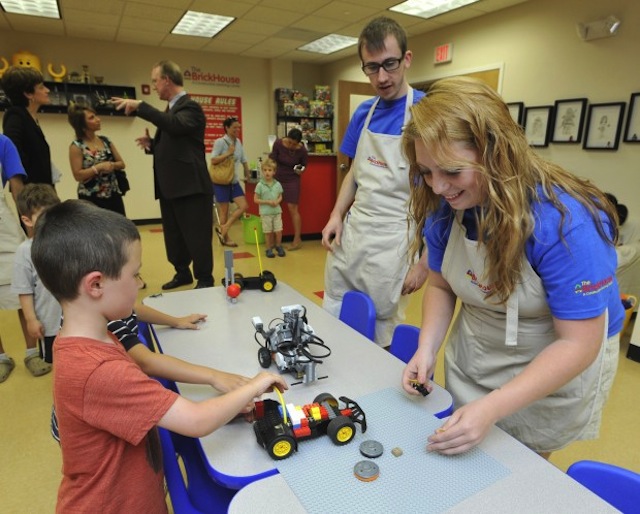 Engineering for Kids, which offers programs for children ages 4 to 14, awarded its 100th franchise (Lakeland, Florida location) in May 2014, and expects continued growth as 50 to 60 new locations are projected to be added in 2015.


The company, based in Fredericksburg, Virginia, has more than 130 locations in the United States and several other countries, including Canada. The first franchise opened in December 2011.

Ideal franchisees, according to Engineering for Kids, are people who have strong connections within their communities, parents, and people who are passionate about educating children. Home-based locations are available in both standard and half territories, and some franchisees eventually open Engineering for Kids learning centers. A center is generally 1,200 square feet in size.

From Teacher to CEO

Dori Roberts, a high school technology teacher for 11 years, founded Engineering for Kids in 2009. As a teacher and technology adviser, Roberts developed an after-school club for engineering and science competitions.

The success of the STEM (science, technology, engineering and math) club, which had 180 members and won a number of state titles, coupled with a lack of engineering educational opportunities for her young children, inspired Roberts to turn her program into a business.

Roberts, the company’s CEO, kept her teaching job for the first year of Engineering for Kids, working more than 80 hours a week, but then left teaching to focus on the company.

The company offers programs for children ages 4 to 14 to learn a variety of science, engineering and math concepts through engaging, hands-on experiences that build on kids’ natural curiosities.

The programs at Engineering for Kids are designed to help children develop problem-solving skills, learn how things work, become interested in exploring the career potential of engineering, and become motivated to learn science and math concepts through real engineering problems.

Engineering for Kids made the top 10 of Entrepreneur magazine’s Top 75 New Franchises in March 2015. The company, ranked in the No. 10 spot, was the top educational franchise named to the list, which targets businesses submitted for ranking on Entrepreneur’s Franchise 500 list that have started franchising in the past five years.


In other 2015 rankings from Entrepreneur, Engineering for Kids was No. 53 in Top Low-Cost Franchises, based on scores in the Franchise 500; No. 78 in Fastest-Growing Franchises, based on new franchise units added in the U.S. and Canada; No. 85 in Top Homebased/Mobile Franchises, focusing on companies that can be run from home, in third party locations, or in structures that can be moved freely; No. 198 in Top Global Franchises, featuring companies that are seeking international franchisees; and No. 409 in the Franchise 500, highlighting businesses that are poised for growth.

Roberts was one of 32 women picked to receive the 2014 Brava! Award by Washington SmartCEO. The awards celebrate distinguished achievements by the top female business leaders in greater Washington, D.C.