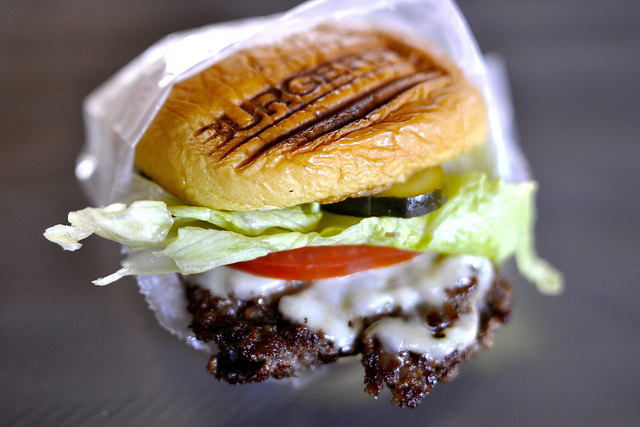 BurgerFi, which has only been around since 2011, is on a roll. The young “better-burger” chain put up big numbers for 2014 and is looking to keep the momentum going for 2015.

“Since launching in 2011, we have continued to out-perform ourselves year after year, and we are thrilled about our record-breaking numbers in 2014,” CEO Corey Winograd said in a press release in January 2015. “We are committed to providing consumers fresh, quality, all-natural options in their favorite foods, and we are foreseeing an even more promising 2015.”

In 2015, the chain expects to nearly double in size for the second straight year, with 50 to 60 store openings plus more expansion into new markets. Currently, BurgerFi has about 75 U.S. locations, and locked in its first international development agreement in March 2015. Franchisee EFIT SA DE CV plans 40 restaurants in Mexico City and surrounding areas in the next five to seven years, the first opening in the fall of 2015.

BurgerFi Launched With ‘Never Ever’ Pledge

BurgerFi co-founder John Rosatti was inspired by the popularity of all-natural burgers at his full-service restaurants. He and co-founder Lee Goldberg started the chain with two locations in South Florida in 2011.

The chain, which falls somewhere between a typical fast-food burger joint and a full-service restaurant, launched with its “Never Ever Program” to assure customers that it would never use steroid, antibiotics, chemicals, additives or growth hormones.

Sustainability is a priority at BurgerFi, which uses recycled materials in its seating, recycles peanut oil to make biodiesel fuel and saves water by using three-compartment washing sinks, among other sustainability practices.

A study from Technomic published in March 2014 put BurgerFi on the top of a list of the five fastest-growing restaurant chains in the U.S. that record sales of less than $200 million. The chain logged sales of $45 million in 2013, representing a gain of 178 percent over the previous year.

Among other awards, the chain was No. 2 in Restaurant Business Magazine’s Future 50 in June 2015, was named as one of the Top Brands of 2014 by Fast Casual Magazine, and was placed on the 2014 Next 20 list by Nation’s Restaurant News in August 2014.

BurgerFi debuted its first limited-time menu item, the Summer BBQ Burger, in July 2015, featuring two Angus beef patties layered with barbecue pork and covered with coleslaw, white cheddar and American cheeses and pickles, on a buttered and toasted potato bun. The burger is available through Aug. 8.

Next post: How to Get Your Franchise Noticed Online