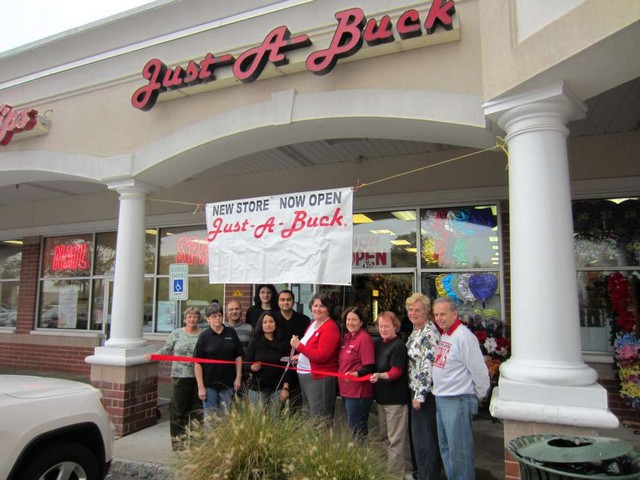 Just-A-Buck is a dollar store chain that got its start all the way back in 1988, when the concept was both fresh and exciting, with the opening of its first location in Poughkeepsie, NY.

The dollar store concept may be old hat, but it’s a segment that continues to grow rapidly. The three biggest players on the scene have a staggering number of locations: Dollar General with nearly 11,500, Dollar Tree with 4,900, and Family Dollar with 8,100 (which was just purchased by Dollar Tree for $8.5 billion).

By contrast, Just-A-Buck’s mere 18 locations may seem paltry, but the company is making waves by finding new ways to expand. Headquartered in New Windsor, NY, a state with 11 locations, the company also has a presence in ME, NJ, OH, and CA.

Here’s what family-owned Just-A-Buck is doing to distinguish itself in a tough dollar-store environment:

It should come as no surprise that many of the customers who frequent dollar stores are on the lower end of the income distribution curve. Shoppers that regularly patronize dollar stores tend to have annual incomes under $40,000 – and often substantially less. That less-than-$40K market covers nearly half of all US households.

Few of the stores actually stick to the one-dollar idea, but even when they stray from it, the prices are cheaper than even big discount stores like Wal-Mart can offer.

Dollar stores thrived during the Great Recession, which saw the number of working Americans living in poverty skyrocket by nearly 40%. People who before might have only popped into a dollar store for cheap wrapping paper found themselves doing a lot more of their shopping there, and for many the habit has stuck even in the post-recession environment.

And even more affluent shoppers are still feeling nervous about the economy, which seems to be inspiring a new wave of bargain hunting among American consumers at all levels.

But what Just-A-Buck really has going for it that makes it different from all other dollar store chains is its new focus on providing employment opportunities for those with disabilities and developmental challenges. Just-A-Buck works with agencies that serve adults with developmental and other disabilities.

In the case of the Just-A-Buck store in Parma, OH, which opened in 2009, the franchise itself was purchased by the joint efforts of the Cuyahoga County Board of Developmental Disabilities and SAW, Inc., a staffing agency that specializes in employment opportunities for the disabled.

Based on the resounding success of the Parma location, another was opened in nearby South Euclid. Just-A-Buck followed suit by recently opening a location in New Paltz, NY, working with Ulster-Greene ARC, an agency serving adults with developmental disabilities.

Just-A-Buck seems to have hit a winning combination here that has everyone feeling good – it now has five franchisees that operate on this model.

Next post: Q&A with Casey Askar, President of Askar Brands, a Company That Operates Numerous Pizza Franchises Across the U.S.