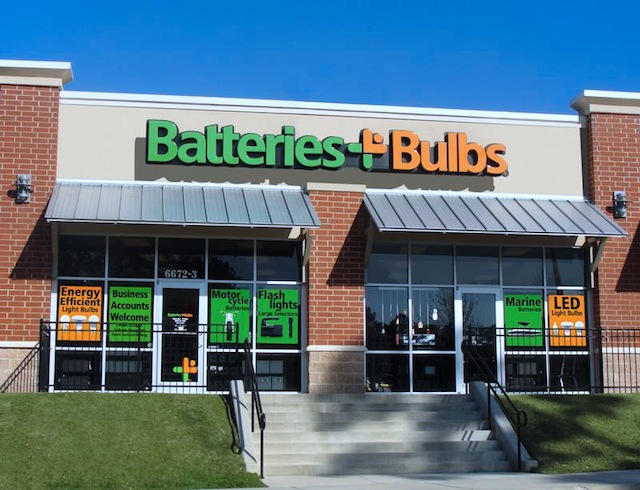 When Batteries Plus Bulbs first got started back in 1988, it was just Batteries Plus, selling and recycling batteries of all types. Back in 2010 it made a major move by adding light bulbs into the mix and then officially changed its name in 2013.

It began franchising in 1992 and opened 42 new stores in 2014, with another 55 planned for 2015. Headquartered in Hartland, Wisconsin, the chain has expanded to more than 640 locations in 47 states and Puerto Rico.

When it comes to batteries or bulbs, you’ll be hard-pressed to find a faster grown chain with such a solid history behind it. Here’s how privately-owned Batteries Plus Bulbs keeps the lights on in its stores to serve more than 1.5 million customers each year across the country:

The original concept came about from the realization that as society becomes increasingly dependent on a variety of mobile devices (and yes, that includes devices as large as automobiles as well as the proliferation of smaller electronic devices), there would inevitably be a growing demand for replacement batteries of all shapes and sizes.

According to Ron Johnson, Apple’s former senior VP for retail (and ex-CEO of JCPenney), “A store has got to be much more than a place to acquire merchandise. It’s got to help people enrich their lives. If the store just fulfills a specific product need, it’s not creating new types of value for the consumer” (source).

Batteries Plus Bulbs accomplished this important objective through several different efforts. First, they stock many odd and hard-to-find varieties, which is something most big one-stop-shopping box stores don’t bother to do.

Serving a Variety of Customers

Batteries Plus Bulbs was smart in diversifying its clientele beyond individual consumers to include both businesses and governmental entities. The way this pans out in terms of business strategy is around store location. The chain keeps an eye out for areas that have strong residential density combined with high business density. Whether it’s a hospital, hotel chain, or the military, Batteries Plus Bulbs can step up to the plate and meet the need.

I wouldn’t say that Batteries Plus Bulbs is recession-proof, but it definitely has shown resilience in the face of troubled economic times. In fact, it logged in double-digit growth even in the depths of the Great Recession. After all, people need batteries and bulbs regardless of what’s happening in the economy.

There’s not much to say here except that no one else can match these numbers: The chain can access 45,000 different types of batteries, light bulbs, and accessories. Clearly, if you need it, they probably have it (or can get it).