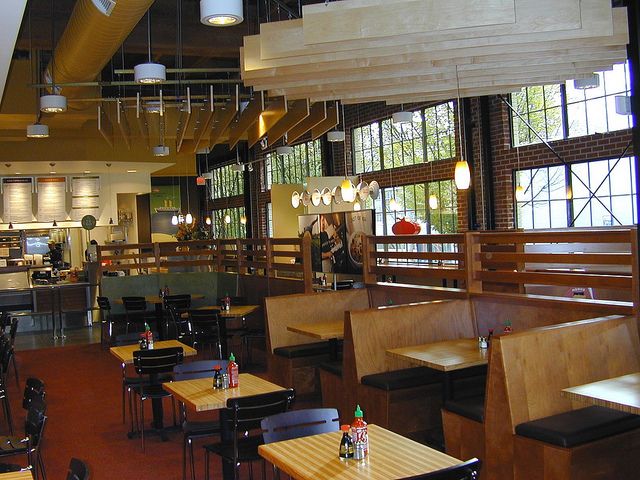 Back in the early 1990s, serving fresh food fast was not nearly as common as it is today. Aaron Kennedy, a former marketing executive at Pepsi, thought noodle dishes, which are a staple offering around the world, were underrepresented in the US restaurant market.

He spent much of 1994 developing recipes in his mother-in-law’s kitchen with the help of future COO Joe Serafin and head chef Ross Kamens. Scraping together the capital he needed from savings, friends, and family members, Kennedy’s first attempt was greeted with poor reviews.

After retooling the concept, it began to really take off, surging in growth over the next decade (the number of locations actually tripled during the Great Recession) and going public in 2013 (NASDAQ: NDLS) in an IPO likened to that of Chipotle.

Rather than focusing on a particular cuisine, Noodles & Company bills itself as Your World Kitchen, meaning it offers a wide variety of the world’s favorite noodle dishes, all made to order with fresh ingredients.

Headquartered in Broomfield, Colorado, the chain now boasts more than 410 locations in 31 states. Of those, most are company-owned. The chain is looking to grow its franchise operation, but it also remains much pickier in choosing franchise partners than most chains.

The World on Your Plate, in Noodles

The diverse offerings of noodle dishes at the chain’s locations range from Penne Rosa to Japanese Pan Noodles, Pad Thai to Wisconsin Mac & Cheese, Steak Stroganoff to Indonesian Peanut Sauté. That’s Asian, American, and Mediterranean all in one quick-casual setting.

Noodles & Company is known not only for its noodle dishes, but also for its family-oriented environment and the fact that tipping is not allowed. Each customer order is individually sautéed or prepared, placed on the chain’s signature stoneware, and served tableside with stainless steel flatware.

Noodles are one of the first things to go among people watching their intake of carbohydrates. What’s a noodle restaurant to do? Why, expand its offerings, of course. Noodles & Company offers carb watchers a variety of salads, soups, and sandwiches that are lighter on the carbs, as well as lighter on the calories.

Noodles & Company partners with the right suppliers to get its high-quality noodles. For its traditional pastas, the wheat is grown exclusively by Dakota Growers Pasta Company in Carrington, North Dakota. They mill 100% of their raw materials using top-of-the-line Italian pasta-making machinery and technology.

Its udon noodles are also exclusively made for the company by noodle masters in Brooklyn, New York. It sources its rice noodles from a company in Thailand.

Noodles & Company puts a priority on community involvement. It partners with organizations in a variety of ways, including fundraising events through percentage-of-sales benefits; being on-site at events with food samples; donations for silent auctions, raffles, and other fundraising efforts; and providing discounted gift cards for groups to sell through the chain’s Scrip program.