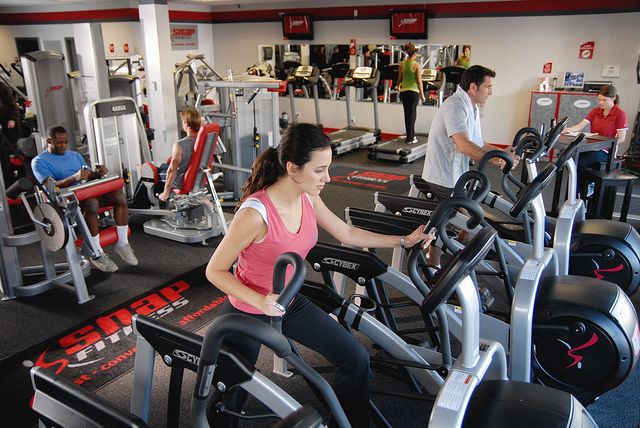 Peter Taunton had an idea he thought a bunch of people would like. The health club craze had, in his opinion, gotten a bit out of control with the variety of services, equipment, and expensive prices that went along with it. What about people who just want a place where they can go for a simple workout that doesn’t cost them an arm and a leg in membership fees?

He was among the first (along with the guys from Anytime Fitness) to see the huge potential in small fitness gyms – no tennis courts, no pools, no racquetball courts, and so on, including no locker rooms. He was hoping this kind of no-frills approach would appeal to a large group of consumers. Now with more than 1,500 locations in 48 states and 6 countries (Canada, Mexico, India, UK, New Zealand, and Australia), he was clearly right.

In addition, the privately-owned chain headquartered in Chanhassen, Minnesota is available whenever someone wants their workout, as most locations are open 24/7. Here’s how Snap Fitness gets its workout on the fitness industry:

Peter Taunton was named “Entrepreneur of the Year” by Ernst & Young for his successful innovation, financial performance, and personal commitment not only to his business but also the community. What he brought to the fitness arena were three not-so-secret weapons: Making fitness fast, convenient, and affordable.

Snap Fitness already has more than 1,500 locations around the world, with hundreds more in the pipeline. The latest country to sign a master franchise agreement is Spain, where as many as 200 locations are planned to open in coming years.

Last year Snap Fitness signed off on a master franchise agreement in the United Kingdom. Meanwhile, Snap Fitness India is on the move, planning to add 300 more clubs to its already 50+ locations by the close of 2017.

Snap Fitness is definitely going for a very particular demographic, and apparently that demographic overlaps, at least in part, with the fan base of the hugely popular NASCAR auto-racing. One of several drivers the chain sponsors is Landon Cassill.

In the 2015 Coca-Cola 600, Cassill’s Snap Fitness car was decked out for Memorial Day by featuring thousands of club owners, personal trainers, and members all over the car. In addition, Cassill promoted fitness awareness among his fans when, after the race, he ran 14 miles to the NASCAR Hall of Fame.

He’s become incredibly fit himself, regularly competing in triathlons, which he credits to the guidance he’s received from his local Snap Fitness club.

Snap Fitness also meets its demographic by supporting veteran causes. For example, all summer long from Memorial Day to Labor Day, the chain is running a special where consumers can purchase a 30-day trial pass for just $8.95, good for 24/7 access to all Snap Fitness locations.

For each pass sold during that time, Snap Fitness will donate $1 to Folds of Honor, a foundation providing scholarships to the families of soldiers disabled or killed in active duty.