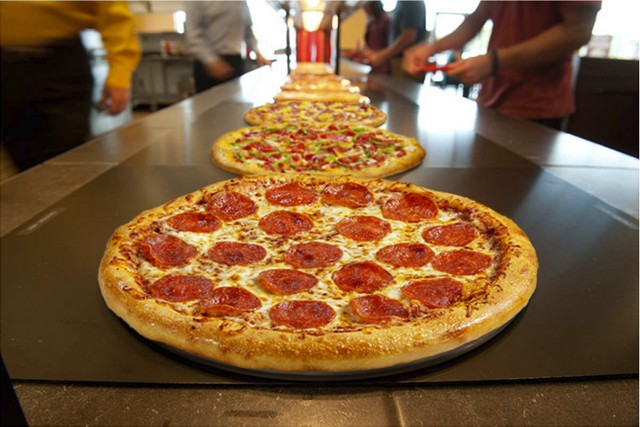 Joe Croce and Mike Cole decided to launch a different kind of pizza restaurant back in 1985. At the time, their novel idea was to bring buffet-style service to the pizza market and cater to families. They opened the first restaurant in Plano, Texas that year.


In 2001 the chain undertook a major overhaul, expanding its buffet offerings as well as remodeling all of its locations. Its buffet of pizza, pasta, wings, soup, salad, and desserts has continued to be its distinguishing characteristic in the crowded pizza segment.

Croce retired in 2003 and sold the business to the company’s executive team. Headquartered in Coppell, Texas, and currently headed by CEO Darin Harris, the chain now boasts nearly 500 locations in 34 states, with a mix of franchised and corporate-owned stores.

Its “endless buffet” approach means you pay one price and graze until you’re satisfied.


Expansion into the Northeast

In recent years, CiCi’s has begun making moves to bring its pizza buffet concept to the Northeast through a partnership with Newmark Grubb Knight Frank, an established commercial real estate advisory firm. Expansion has been targeted to the nation’s capital, Baltimore, Buffalo, New York, Philadelphia, and New Jersey.

CiCi’s also came up with an innovative plan to stimulate new restaurant creation among its dedicated franchisees. With its Franchisee Partner Investment program, the company will pump $100,000 of equity into new stores for qualified new and existing multi-unit operators who sign a development agreement committing them to opening at least two new locations within a five-year window of time.

The message to franchisees is clear: CiCi’s is more than willing to put some skin in the game. As an added incentive, if the franchisee can pay back the corporate investment early, those funds will be reinvested into the franchisee’s next new location.

The chain offers various revenue streams, including the standard custom buffet, catering (including birthday parties and fundraisers), take-out service, and the game room. In addition, location concepts can range from 1,200 to 3,600 square feet to fit a variety of local conditions and markets.

Pizza on the Fly

CiCi’s is also actively seeking franchisees interested in placing locations within some of the nation’s most highly-trafficked airports. The effort is based on the chain’s recent experiences of introducing several new restaurant prototypes designed exclusively for airports.


The chain is also exploring other nontraditional venues such as universities, military bases, and casinos.

Next post: FDD Talk 2015: The Your Pie Franchise Opportunity (Financial Performance Analysis, Estimated Costs, and Other Important Stuff You Need to Know)