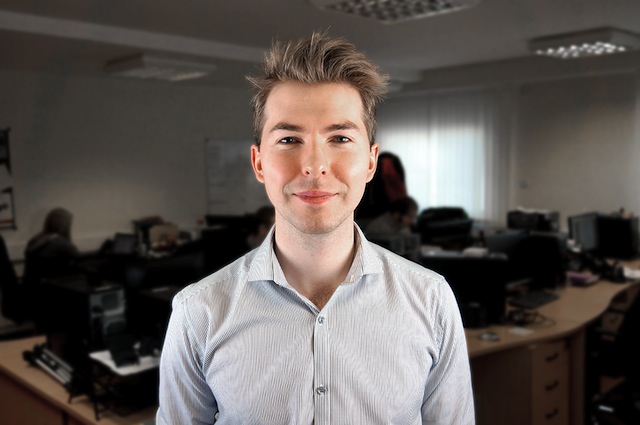 This is a guest blog post by Tom Evans, Editor at Engage Web.

Franchisees are always happy when people are passionate about the benefits of their enterprises, especially when these opinions are extolled online for everyone to see.

However, with many making use of such sites as Yelp and TripAdvisor, some professionals may find themselves crossing the line between acceptable self-promotion and underhand tactics. This is where the term ‘sockpuppet’ comes into play.

What is a sockpuppet?

Far from the googly-eyed makeshift toys that we used to create out of our parents’ old socks as children, the modern sockpuppet is an altogether more sinister creature. Named for how actual hand sock puppets are manipulated by their user, the term most commonly refers to a fake persona created online in order to push a certain agenda.

In the commercial world, this could mean going onto a review site under an assumed name and praising your own franchise, or even attacking the services of your rivals. However, the practice is largely frowned upon, and possibly illegal, so it is best to steer well clear of such antics if you want your franchise outlet to truly grow.

Why is it so bad?


Some franchise owners may be wondering what the trouble would be in using sockpuppets, especially as any press is good press, right? In fact, authors such as Anthony Burgess and Walt Whitman used to often review their own books while using a pseudonym, while none other than Benjamin Franklin was also a proponent of this practice.

However, customers have come to rely heavily on online reviews for truthful, authentic accounts about what certain places are like. This means that if they find out that they are actually being deceived, it will not go well for the one who has been lying to them.

In the past, this has led to the fake accounts being exposed and suspended, causing large scale damage to a company’s reputation. Angry customers have even started boycotts of some establishments, while other professionals have been successfully sued by rivals that had been publicly attacked by the sockpuppet.

What’s more, entrepreneurs with a great product and polished customer service strategies, as many established franchises do, may find themselves becoming the target of a negative sockpuppet campaign from a competitor. With the number of undeserved bad reviews mounting against them, they may find it difficult to recover and attract new customers, especially in an age where the number of stars you have on a website could mean the difference between a roaring trade and closing down.

What’s being done about them?

At this point, many franchisees may be worried about a wave of sockpuppets roaming the internet and attacking the reputations of their enterprises at will. However, many sites are taking steps to combat the scourge of underhand reviews.

For instance, Wikipedia has taken a number of steps to root out deceptive editing by fake members, even going as far as to ban all work by a public relations firm that offered a paid sockpuppet service.

Also, many online communities will band together against fake accounts nowadays, with many outing sockpuppets and reporting them to a site’s administrators before they are able to do too much harm. The admins will then remove any deceptive posts and rankings, which will help to restore a more truthful balance to reviews.

Meanwhile, after it became apparent that sockpuppetry was rife in the publishing world, many authors banded together to vow that they would not use the underhand practice. However, while the use of such an honor system is laudable, it may only take one bad apple to ruin all of their hard work. It is for this reason that many specialists are working towards creating an algorithm that can root out deceptive reviews.

Such computer programs are currently in the process of being developed for a number of high-profile sites that allow external reviews and editing, including Amazon, TripAdvisor, and Wikipedia. With several successful trials having already taken place, including one from researchers at Cornell University, it may not be too long until there is no place left for sockpuppets to hide.

What can franchisees do?

While it is very good news for franchises, as well as the wider commercial world in general, that detection algorithms are being developed, some franchisees may be wondering what they can do today to combat the sockpuppet menace.

For starters, if they believe that a review that has been posted against their franchise location is a fake, it’s best to report the user to the site’s admin. On some webpages, there will be an easy-to-click link next to the review to do so, although a quick check of its terms and conditions should also reveal the answer.

Most importantly, however, would be to not stoop to the sockpuppet’s level. As a franchisee, you are being trusted with a great responsibility that can bring many benefits, so there is no need to squander the chance with an online exchange of negativity. By staying positive and getting on with your day-to-day operations, such as providing a quality service, there will be no number of sockpuppets that can stop you.