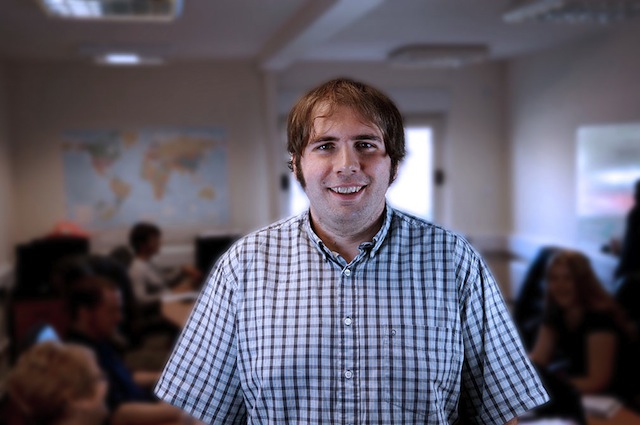 This guest blog post was written by John Murray.

With Facebook recently proudly declaring that it added $227bn to the world’s economy in 2014, and Twitter regularly reminding us of the business bonuses of being followed and retweeted, it goes without saying that social media pays for itself.

For franchisees, social media is a different challenge though, because you might be just one store or outlet in a recognized multinational chain. As such, how can you establish identity on the Internet while still giving off an aura of being in keeping with the brand?

Sadly, not all franchisees do it well, and five small and easily avoided slipups are not helping their cause:

1. No social media at all

Let’s get this one out of the way first. You might think that a social media site for your particular franchise is a waste of time if the company itself has an overall one. But remember what the aim of a franchise is: to give locals a branch of a recognized brand on their doorstep. Also, have a quick look on Facebook at how many individual McDonald’s and Burger King outlets have their own page. It’s clearly doing something for them.

Facebook’s search facility isn’t great to be quite frank, but it is getting gradually more intuitive. If you log into Facebook and type in ‘Burger King,’ you will probably find that a reasonably local franchise is suggested. This is because (and admittedly it’s hard to say this without sounding creepy) Facebook knows where you live and what your friends are doing. It’s likely that one of your Facebook friends has ‘liked’ or ‘visited’ a particular branch, making it more probable that Facebook will suggest it to you.


The same will be true for your franchise. Due to chains of friendship, even if somebody in your area hasn’t used you, they will probably know somebody who has. This will increase the odds of your franchise popping up on their newsfeed or suggested ‘likes.’

So, set up your own social media sites for your franchise in particular. Your franchisor will more than likely be happy to see you do this, but be sure to ask for its support in making sure that your tone and content are consistent with the company’s social media policies.

It’s very common to see franchises and other businesses do this, and it’s not hard to understand why. After all, if you have something worth saying on Facebook, why not repeat it on Twitter too? It’s just getting the word out more, isn’t it?

Generally, we advise against it, because the tone of Facebook and Twitter are quite different. Facebook’s new use of hashtags has made the two more compatible, but there are still marked differences in post length and the way images are displayed. Besides, if your social media followers feel that they’re getting exactly the same content on your multiple social media accounts, where’s the incentive for them to follow more than one?

3. Being irrelevant to followers

Think carefully about what you share on your social media pages and how it relates to your geographical location. Tweeting about news to do with your industry happening in the UK might be of little value if you are based in the US, unless you can relate it back to what you provide in your area.

It’s certainly a good idea for franchisees under the same umbrella to network with one another on social media and help each other out, but remember that your goal is to thrive in your region. Your potential customers and clients are therefore much more likely to relate to what’s going on locally.

4. Going for the hard sell

One franchise we once dealt with was using its Twitter site solely as an attempt to drive traffic to the sales section of its website. Every week, the franchise would tweet something along the lines of “here are this week’s offers,” not attempting to engage with or entertain Twitter followers at all.

Of course, the ultimate aim of social media is to increase brand recognition and sales, but it doesn’t need to be this overt. Would you want to follow an account that’s little more than a constant sales commercial? Talk about your franchise and its industry by all means, but make sure that it’s also giving something back to your followers.

A potential drawback of social media is that it gives any unhappy customers a public platform on which to vent their spleen, but the extent of this problem depends largely on your attitude.

Obviously, you never want to receive one-star or two-star reviews on Facebook, but how you respond to them can make them as valuable as positive reviews. Try to get to the bottom of the complaint, and tell the customer that you’re sorry they weren’t happy, perhaps offering them a coupon or incentive to give you another try. This is a public indication of a customer-focused business.

Another thing to consider is the tone of the review. Is it jokey or serious? Some companies have even been known to respond to wisecrackers by mimicking their tone or joking in reply, but obviously this is something that should be done very carefully.

Deleting poor reviews is dishonest, and is bound to be noticed now and again by users who saw a stinker of a write-up yesterday only for it to have mysteriously vanished today. Ignoring them is worse still, because it remains publicly viewable on your page and gives the impression of a company that doesn’t care. Provided that grumbles are outweighed by praise, a professional response to the occasional poor review looks far better.

So, don’t let social media frighten you. Just make sure that you are keeping your franchisor happy with suitable content, while still being original and locally focused enough to connect with area residents. That way, it’s a big Facebook thumbs up for everybody.

John Murray is the Content Team Leader at Engage Web, a UK online marketing agency specializing in the franchise industry. John heads up a team of journalist trained editors and a global network of writers based across the US, Canada, Australia and the UK.