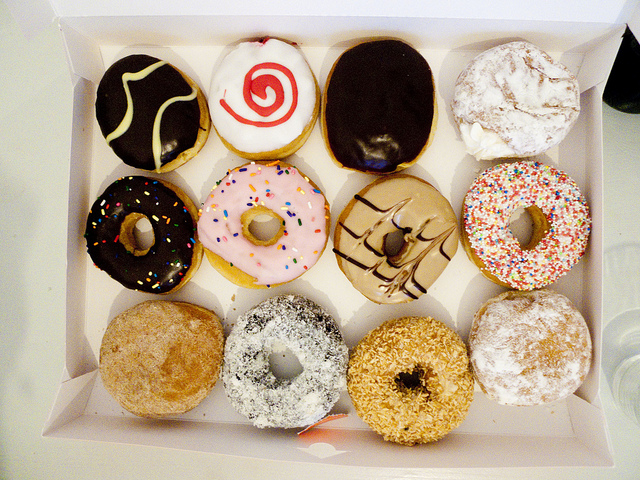 Dunkin’ Donuts got its start in 1950, founded by William Rosenberg in Quincy, Massachusetts, just south of the Boston greater metropolitan area. It was five years later that the first franchise license was granted in 1955. Today, nearly all of the company’s locations are franchisee owned and operated. Of the 6,495 Dunkin’ Donuts locations open in the United States as of the end of 2013, 6,473 were franchised.

America Runs on Dunkin’ has been the company’s main marketing slogan since 2006. While that does seem to hold true in the Northeast region of the country, the company has yet to gain traction on the West Coast.

Here are 9 must-read news stories about the Dunkin’ Donuts franchise:

When it comes to its international operations, Dunkin’ Donuts often selects a single franchisee for an entire foreign country. In its latest plans for expansion in Brazil, however, the company is taking a different approach, going with more regional contracts.  One such contract will see around 65 new stores in and around the country’s capital, Brasilia, and neighboring states. Colombia has the most locations in Latin America with 171 stores, but with the Brazilian plans for rapid growth, that honor may soon fall to Brazil (Franchise Herald).

Elsewhere in the world, India is next in line for a rush of new locations, with 500 stores in the works during coming years. Dunkin’ Donuts has already opened 36 new locations in 12 different cities across India since signing a franchise agreement with Jubilant FoodWorks in 2011 (RTT News). The latest locations to open are in Bangalore, and Dunkin’ Donuts plans to see at least 25 more stores open in India before the year ends (LiveMint). The company also recently launched its first store in Southern India, in the city of Bengaluru (Deccan Chronicle).

When it comes to foreign locations, however, South Korea tops the list, with 900 stores (Franchise Herald).

In the Digital Age of the 21st century, it should come as no surprise that employees use social media for all kinds of communication. In one case, a Dunkin’ Donuts employee quit his job at the coffee and donut shop via Instagram. The Instagram user named wrush23 tendered his resignation from the location at which he worked for nearly four years (in Saratoga County, New York) through the social media platform, noting that he had made a difference in people’s lives through his dedicated service (Complex).

Apparently it is not uncommon for some Dunkin’ Donuts franchisees to field questions from people wondering if the shops are kosher. For the most part they aren’t, but a kosher Dunkin’ Donuts has been established in Dania Beach, Florida. The storefront even bears an official certificate of approval from the Orthodox Rabbinic Board. Rabbi Moshe Berger makes regular visits to inspect what ingredients are being used and to make sure cleaning methods and cooking equipment are up to his kosher standards.

The move does require some alterations to the menu, such as eliminating products made from pork, including ham, bacon and sausage. Vegetarian substitutes are made in these cases. Franchisee Michael Koroghlian notes that the response has been overwhelmingly positive. There’s another kosher Dunkin’ Donuts located in Miami Beach, on 41st Street (Local10.com).

Dunks Makes a Splash on the West Coast

Dunkin’ Donuts started out in the Northeast, and it has taken many decades for the company to gain a solid foothold on the West Coast, especially in the state of California. That’s finally changing in 2014. The company announced in June that the first traditional, stand-alone Dunkin’ Donuts restaurants in California will be located in Whittier, Santa Monica, Modesto, Long Beach and Downey, with more than 200 stores planned for the Golden State in coming years (Dunkin’ Donuts Press Release).

The Santa Monica location opened Tuesday, September second, with a line of people that stretched around the block. People waited in that line for two hours to get in on the excitement (Bustle.com). Even a week later the lines were still long, with waits well over an hour (Boston Herald).

Menu changes are a staple among the big fast-food chains, and Dunkin’ Donuts is no exception. Known for its long-time devotion to very light, very sweet mainstream coffee, Dunkin’ Donuts has recently introduced its first dark roast to the menu (Time Money).

In another interesting move, the company is hoping to cater to the niche of diet-conscious consumers with the addition of almond milk to the menu. It’s also an alternative that works with those who are lactose-intolerant. The company has partnered with the largest almond company in the country, Blue Diamond Almond Growers, to begin stocking its vanilla-flavored Almond Breeze milk at all US Dunkin’ locations. As it turns out, almond milk is in fact the number one milk alternative in the US.

The move is not without controversy, however, given that almonds are a very water-intensive crop in the midst of a serious drought in California (Huffington Post).

A North Carolina Dunkin’ Donuts franchise location is the object of a lawsuit charging the store with religious discrimination.

Darrell Littrell of Asheville is a Seventh-Day Adventist who applied for a job as a donut maker. The manager hired him and asked him to report to work on a Friday at 3:00 PM. Unfortunately, that didn’t work for Littrell, because as a Seventh-Day Adventist he adheres to a Sabbath that lasts from sunset Friday until sunset Saturday. The manager then withdrew the employment offer, the lawsuit states.

The Charlotte office of the Equal Employment Opportunity Commission filed the federal lawsuit in the US District Court in Asheville (Citizen-Times).

How do two of the largest quick-serve coffee companies stack up against one another as investments? The battle is between Starbucks (NASDAQ:SBUX) and Dunkin’ Donuts (NASDAQ:DNKN). Starbucks is the younger company, founded in 1971, but the larger of the two, with more than 23,000 locations in 62 different countries with a market cap of $58.56 billion.

Dunkin’ Donuts, on the other hand, with its nearly 11,000 stores in only 30+ countries and market cap of just $4.82 billion, has the advantage of much lower prices for its products. That’s probably not enough, however, to stall the clear coffee behemoth of Starbucks.

Tearing Down a Church for a Dunkin’ Donuts

While “out with the old and in with the new” is the way of most modern businesses, what about when the old is a significant church building? Granted, St. Mary the Morning Star church on Tyler Street in Pittsfield, MA, was decommissioned by the Roman Catholic Bishop of Springfield in 2008, but tearing it down to replace it with a Dunkin’ Donuts drive-through has many residents wondering what modern life is coming to.

The building is beautiful, dating back to the 1950s, and served as a landmark religious institution in the densely populated Morningside neighborhood. Because the building is just under 75 years old, there is no requirement for demolition plans to be reviewed by the city’s Historical Commission (iBerkshires).

The Plight of Low-Wage Workers

Fast-food workers have been in the news a lot lately as they step up demands for better wages. One Dunkin’ Donuts worker was recently found dead in her car in New Jersey, possibly having died from toxic fumes as she tried to catch a bit of sleep in-between jobs.

Friends of 32-year-old Maria Fernandes explained that she held down multiple low-wage jobs, and would sometimes pull into a parking lot to nap before going to her next job. She also kept a can of gasoline in the car to avoid running out of gas on her various commutes.

Unfortunately, it appears that the can leaked, creating a lethal situation. The incident will no doubt add to the hue and cry raised by many for the nation to address the concerns of low-wage workers (Huffington Post).

Dunkin’ Donuts is a company on the move. With its plans to continue expansion both on the West Coast and in many countries abroad, the company also recently announced that its DD Perks Rewards program reached the key milestone of one million members (Dunkin’ Donuts press release).

Compared with many other quick-serve chains, the company itself is surprisingly free of controversy and criticism. The 9 must-read news stories presented above help you to stay up-to-date on all the latest news that matter when it comes to the Dunkin’ Donuts franchise.