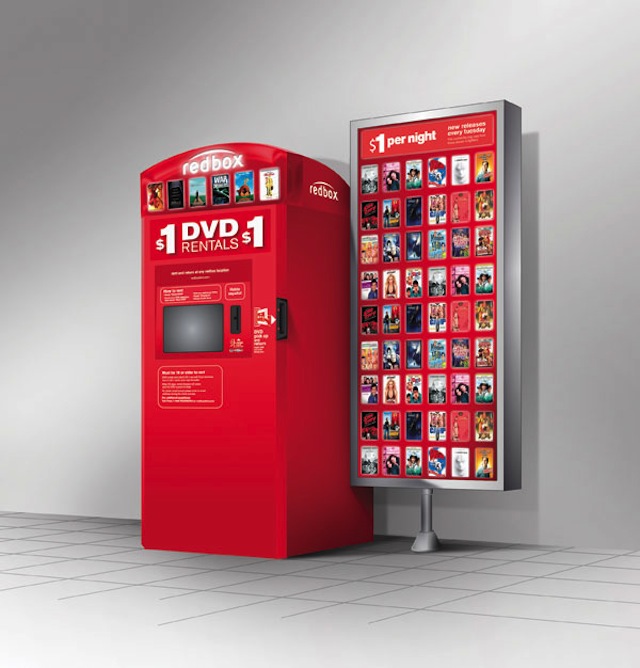 This Franchise Chatter Guide on top vending franchises was written by Brian Bixler.

We have Redbox kiosks outside our grocery stores, “healthy” vending machines in our schools, ATMs seem to be in every gas station and convenience store, and you can even get ice for your cocktail party from a machine.

Vending is becoming a growing trend in many retail sectors and franchisors are paying attention, as was noted in the 2014 Franchise 500 edition of Entrepreneur magazine. In an introduction to the annual listings of the top franchise companies, Entrepreneur identified the “Top 5 Franchise Industries to Watch,” noting that vending is an emerging trend.

“It’s an industry that has shied away from franchising in the past, but with three companies that started franchising only in the past few years—HUMAN Healthy Vending, Fresh Healthy Vending and IceBorn—making our rankings, we may soon see others follow in their footsteps,” the magazine reported.

One of the companies, HUMAN (Helping Unite Mankind and Nutrition) Healthy Vending made Entrepreneur’s Best of the Best franchise list of category leaders published in May 2014. It was the first time that a vending company was included in that list.

The vending industry has changed significantly in just the last few years but food and beverage sales are still the leaders, with a lot more room for growth, especially in food vending. In 2011, vended food brought in $820 million, just 7 percent of total vended food and beverage sales, according to the Food and Beverage Vending Trends in the U.S. report issued last year by Packaged Facts consumer market research firm.

There are several factors contributing to the growth potential of food vending. One is the American public’s desire for healthier food choices, which the newest vending franchises have addressed. Furthermore, in 2010 Congress passed a law that requires officials to set nutritional standards for all foods sold in schools, including vending machines.


“The Healthy, Hunger-Free Kids Act of 2010 could be a boon for the rapidly growing $26.5 billion organic food industry,” NBC’s “Today” show reported in 2011. In addition to the start-ups mentioned by Entrepreneur, the trend has given rise to other brands, including Triangle Healthy Vending, Ven Natural and BKind.

Consumers can expect to see more vending machines that dispense snacks such as organic yogurt and granola bars, gluten-free snacks and fresh fruit in schools, fitness clubs and office buildings. Often, they will replace archaic machines that dispense sodas high in sugar as well as snacks high in trans fats, hydrogenated oils, and sugar. Many of the vending machines in the $42 billion industry are ill-equipped to truly offer healthier alternatives and must be replaced with new technology.

An interesting development is the recent introduction by HUMAN Healthy Vending and Fresh Healthy Vending of what they call “micro markets.” In essence, the concept expands opportunities for vending franchisees to operate an unstaffed, fully automated self-checkout retail market, stocked regularly with healthy snacks and complete meal options. Developed in a small area, generally in or near the break room of a business, and operated on a self-checkout basis, these micro markets can be designed to support company wellness programs at various corporations and satisfy employee preferences. 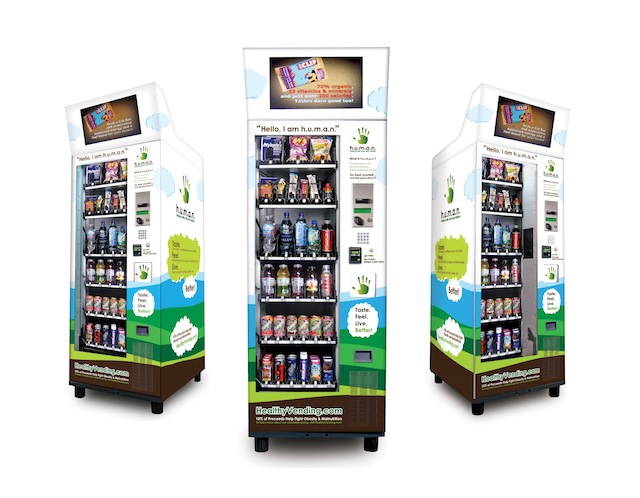 This company calls itself “the world’s leading franchisor of socially responsible, healthy vending machine businesses.” But it really started as a college research project for CEO Sean Kelly. Before he knew it, Kelly was running a business out of his dorm room at Columbia University. Friends eventually introduced him to company co-founder Andrew Mackensen, a Stanford MBA grad, and the partners embarked on a mission to revolutionize the vending experience by offering healthy products, according to a profile in Forbes magazine.

Founded in 2008, HUMAN has signed more than 100 franchisees and placed more than 1,500 machines throughout the country. Its ambitious goal: to have 10,000 nutritional access points across all 50 states by 2015, including micro markets.

The HUMAN Healthy Vending franchise model allows local operators to run individual machines. The company makes money through the sale of the machines and digital advertising, and through a proprietary line of foods.

One practice credited with fueling the company’s success has been its partnerships with such organizations as the YMCA and American Association of Cosmetology Schools that help franchisees acquire locations for their business. HUMAN can be found in more than 2,000 schools, offices, hospitals, health clubs and other locations in more than 40 U.S. states, Canada, and Puerto Rico.

The company culture revolves around providing easy nutrition everywhere and improving eating habits of Americans. The franchisor has a charitable arm, HUMAN Everywhere, that benefits from 10 percent of the company’s profits, which are dispersed to charities that fight the causes of childhood obesity and malnutrition.

In addition to ranking highest among vending companies on this year’s Entrepreneur Franchise 500 (at No. 281), HUMAN has also been named among the fastest-growing private companies in America by Inc. magazine and one of “America’s Most Promising Companies” by Forbes. 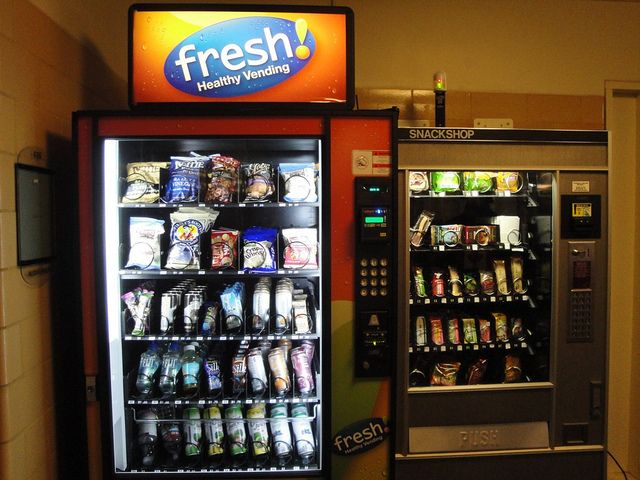 Based in San Diego, Calif., Fresh Healthy Vending pioneered the concept of vending machines stocked with fresh, healthy snack options and it has more than 230 franchisees throughout the United States, Canada, Puerto Rico and the Bahamas. According to the company, it has installed machines in more than 2,500 schools, universities, hospitals, community centers, military bases, airports, and other locations.

The latter has been making the biggest splash with the potential to transform the industry. Designed by and manufactured especially for Fresh Healthy Vending, the Micro Market is like an automated convenience store with self-checkout that can be fitted for any location such as a corporate break room or hotel lobby. The company also offers franchisees assistance in finding qualified locations for the Micro Markets. Company leaders say these Micro Markets take into account the future direction of American workplaces that are shifting to make employee amenities and other benefits a top priority. 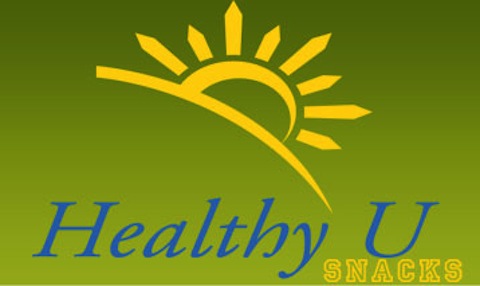 President and founder T Hephner was inspired by his own school-age children when he founded Healthy U Snacks in 2009. Its custom vending machines are filled with healthy snack items without trans fats, partially hydrogenated oils, high fructose corn syrup, or artificial sweeteners, preservatives or colors.

The company touts its snack food and beverages that contain all-natural ingredients from local sources and in some cases are certified organic. Items stocked in its machines include CLIF bars, Everybody’s Nuts pistachios, Luna bars and Fruit Jerky.

With its founders being parents, Healthy U operates on the philosophy of providing children in particular healthy eating choices when their parents can’t be there to make decisions for them.

The company is different from the competition in a number of ways that could be important to potential investors: no franchise fees, no territory limitations, American-made vending machines and customization to meet a specific franchisee’s needs.

Based in McHenry, Ill., the company has put natural vending machines in more than 52 Chicago-area locations since 2009. 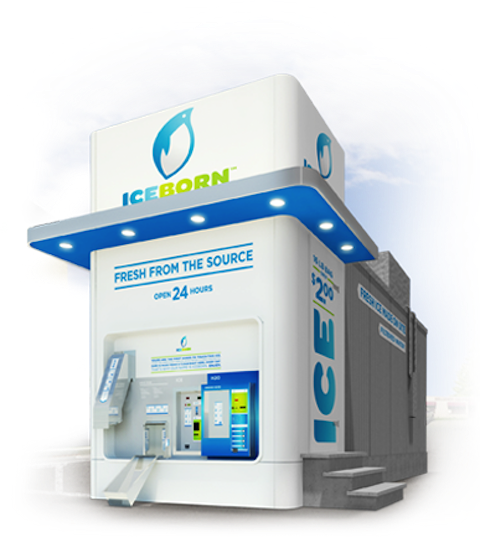 The franchise arm of Ice House America, a pioneer in automated ice and water vending technology, began in May 2012 and has commitments for more than 1,800 units across 19 states, according to a recent company release. The new investors are in addition to Ice House America’s network of 2,700 existing independently owned and operated units.

Headquartered in Jacksonville, Fla., the company was founded in 2003. But in recent years it has changed its strategy to include franchise units. Listed among the “Top New Franchises to Watch” this year by Entrepreneur magazine, the company was among 57 new companies that started franchising in the last five years and were ranked in the 2014 Franchise 500 alongside companies that have been franchising for decades.

IceBorn franchisees have access to three bulk ice vending machine models. All of them are freestanding, operable 24 hours, and offer bagged or straight-to-cooler ice that is filtered, clean and made on demand. 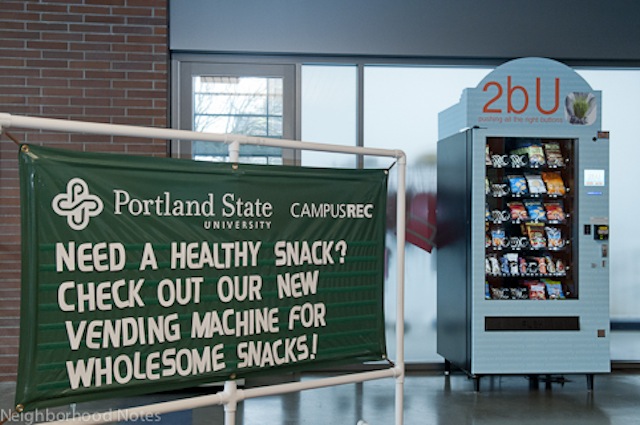 United Kingdom-based CPG, as it is commonly known, is one of the largest food-service companies in the world. Operating in the United States as Compass Group North America, it runs Canteen Vending Services as an independent subsidiary. Canteen has more than 100,000 vending locations throughout the United States and operates a franchise network of 35 national and 11 international franchises.

With a diverse product portfolio, Canteen has altered its product offerings to meet changing consumer preferences, especially among those who are more health-conscious. The company’s “2bU healthy vending machines,” one of three healthy vending solutions from Canteen, are stocked with local, organic and vegetarian product options.

While overall demand dropped slightly in the past five years, the company’s market share increased from 9.8% of the industry in 2009 to 13.6% in 2014, according to IBIS World market research firm. With a growing market share, improved consumer sentiment and stable pricing, revenue is expected to reach $984.5 million in 2014, with operating income of $71.7 million.

Vending machines are a popular, growing type of retail franchise and, while food and beverage continue to be the leading products for dispensing, the industry is being used to sell everything from DVDs and e-cigarettes or provide services such as ATMs. As technology advances, analysts predict continued growth in the next five years.