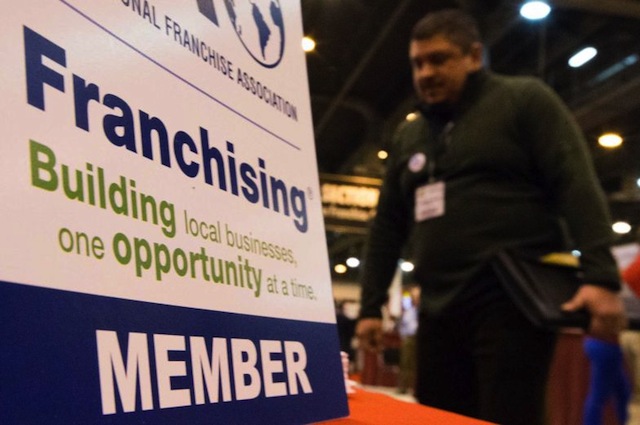 This Franchise Chatter Guide on how to start a franchise was written by Brian Bixler.

When you’re an entrepreneur entertaining the notion of how to franchise your business you can boil it down to two essential things you will need: a brain and a good lawyer.


If only things were that easy.

However, those are two good assets to start with as you acquire more knowledge about what it takes to franchise a business before making a decision to start a franchise.

Your brainy business acumen that has gotten you to where you are will be stretched as you take things to the next level: start with a successful concept and operation, multiply it with very precise instructions that are easy for others to learn, hone your operations to perfection, and produce a model with standardized procedures for following a franchise plan.

Which means there is a lot of paperwork involved.

How to Start a Franchise

“It breaks down to what I consider a punch list that people need to check off before franchising their business,” said Francorp Chairman and Chief Executive Donald D. Boroian in a recent chat with Franchise Chatter. “First of all, you need an operating prototype and sometimes it’s ready to go, but more often it isn’t. It needs to be profitable. It should be operationally sound. If you’re making money but are not that well organized, you can’t transfer that chaos to someone else.”


Francorp is just one of the leading franchise consultancies that help people bring their business goals to fruition. And it starts by putting the brain to work on a test to determine if further exploration of how to franchise a business is worthwhile. Like other consultants, Francorp offers a 10-point quiz on its website that can determine whether franchising is feasible, or your own business needs further tending and time to evolve before it can get to the franchise stage.

Based on point values determined by how would-be franchisors answer 10 questions, this test will tell whether you have a “Can’t Miss Concept” or you need to make “significant strides” before franchising becomes viable. Here are the questions:

1. Do you have an operating prototype?

2. How many units do you have in operation?

3. How long since you first opened your business?


4. To what degree is your business distinctive from its competitors?

5. How much would it cost to open one of your locations, not including franchise fees?

6. The market for your business is…?

7. Competition for the products or services you sell is…?

8. How systematized is your business?

9. How long would it take you to teach someone to operate your business?

10. How do your sales compare with those of comparable businesses in your industry?

A Ticket to the Titanic

“Whatever stage you are in, you will not be ready to sell franchises until your prototype is up and operating and until it is generating positive cash flow. Until you have proved that the business works and can make money, you are not ready for prime time. The last thing you want to do is sell tickets for the Titanic!” Boroian writes in his third book, “Franchising Your Business: An Owner’s Guide to Franchising as a Growth Option,” co-authored with L. Patrick Callaway.

Boroian speaks and writes from more than 40 years’ experience in franchising and as a consultant since 1976. When asked by Franchise Chatter to identify some of the mistakes people make when they look to franchising their model, he replied, “One of the biggest mistakes is that the concept is flawed. Their business is not financially capable of competing in the marketplace. It’s not well organized. Often they don’t have the people skills to manage the monster they’re going to create.”

“There has to be a system for running the entire business. And this is where we eliminate the great chefs who think they have a great recipe for lasagna but that’s it.”

Don’t believe statistics that say the success rate of franchised establishments is so much greater than that of independent small businesses. While it may have been true once, the International Franchise Association has warned that such information may be misleading. Instead, the IFA relies on forecasts by IHS Global Insight prepared for the International Franchise Association Educational Foundation. The 2014 report predicts continued gains in employment growth and a modest acceleration of output growth for the franchise industry.

“Franchising is not right for everybody,” iFranchise Group CEO Mark Siebert said in his chat with Franchise Chatter. “Start by looking at your goals and objectives then look at your resources to see if you can meet those goals and objectives one way or another, if they are relatively close to each other.”

When a business owner begins thinking about the F-word, he or she can proceed on their own by reading books, consulting free sources, conducting their own research, but consultants specialized in helping franchisors can provide valuable shortcuts, both CEOs say.

“They can provide you with expertise that you don’t have,” Siebert said of franchise consultants. “And they can supply people who can do the work for you while you concentrate on the development of your core business. Consultants are certainly going to shortcut the process and allow you to make good solid business decisions.”

Setting Royalty and Other Fees

Siebert used establishing a royalty fee as a good example of how a consultant can help a budding franchisor. Without expert advice, an unsupervised franchisor might self-research what competitors charge and match them. However, a difference of just 1 percent in a royalty fee set at the outset of franchising could multiply into hundreds of thousands, even millions of dollars of missed revenue over time.

Consultants do sensitivity analysis of what the market will bear and financial modeling for the franchise system that an individual entrepreneur is trying to create. At Francorp, they will also facilitate financing if the business model is something they think will sell. They also look for concepts that, after two years, will present a 15 percent return on investment for franchisees, on top of a regular manager’s salary they should earn for being an owner/operator.

“Those who thrive – or even survive – are the ones that put it all together: the concept, a strong pilot unit, marketing, advertising, operations, pricing, consistency, profitability, locations, and, in franchising, selection, training and support of their franchise owners,” Boroian says.

It starts with compiling detailed manuals that teach and explain to people with normal intelligence how to run your business with four to eight weeks of additional training that may be both classroom instruction and hands-on work in a unit. Consultants will help with that as well, including production of things like videos and brochures. Marketing services for selling your franchise to investors will also be of utmost importance as well as construction of an air-tight Franchise Disclosure Document and other legal forms.

Get a Good Attorney

We already mentioned that lawyering-up will be necessary, whether an entrepreneur teams with a consultant or not.

“You absolutely have to have a franchise attorney,” said Siebert, who provides referrals to clients. “You want to have somebody who is an expert in a very complicated field. This is a very narrow area of expertise. You have to make sure you get the legal documents right.”

As in comedy, timing can also be everything in franchising. Depending on the concept, a newly established franchisor must determine whether to be “quick or slick,” Boroian says. If the business is trying to capitalize on a current trend and give other new systems a run for their money, it’s better to take your concept to market quick and build the number of units aggressively, which can be seen today in the frozen yogurt sector.

If a business is designed instead to go up against big, established brands that already have significant market share, say in the burger category, you better be slick, Boroian says.

“If you want to compete, you should have several very professional-looking units in operation, each of them highly organized with all systems perfected,” he writes. “You should also have extensive financial resources. After all, if you can’t match the buying power, advertising, field support, R&D, and market visibility of your competitors, they may very well eat you alive.”

Once the system has been vetted for effective procedures for duplicating the business and operating on a day-to-day basis; the right markets have been identified for entry; and a marketing plan is in place to attract investors, an entrepreneur needs to get out and sell the concept to others, which can be an objective process when done right. A franchisor needs to know how to evaluate others who are going to run with the plan. They also need to know when to turn an applicant away—along with the considerable franchise fee that could have been earned.

“The hardest part of a franchise is turning down a check for twenty-five grand, but it’s also the most important part,” Siebert said. “The biggest mistake that a franchisor makes is selling to the wrong people. You have to be very selective of your franchisees. You don’t want to be in a situation where you are trying to work with somebody who is not a good fit or not adequately capitalized.”

“Are they intelligent? Are they hard working? And are they well-capitalized? Those are the ones who are easier to get your arms around. Ask a lot of questions. It’s not a sales process, it’s the awarding of a franchise. You have to be comfortable that this person is going to be successful.”

Franchising isn’t the only option for expanding a business, but it is becoming increasingly popular among entrepreneurs. They might also consider alternatives such as licensing, dealerships, distributorships, and direct sales programs.

In his book, Boroian identifies the three main reasons that companies fail to expand:

He goes on to point out that ironically similar reasons are given by people who choose franchising as a way to expand:

Ultimately the franchise system has to work on three levels by providing value to customers, a return for franchisees and a way for the franchisor to expand and make more money. “If it works on all three levels, it’s beautiful,” Boroian said.

Don’t forget that for every franchise system that achieves success, there are also plenty—Taco Del Mar Franchising Corp., Uno Restaurant Holdings Corp., Daphne’s Greek Café and Quiznos—that have recently failed to weather the economic storm. So when you start asking how to start a franchise, be prepared to handle some of the tough answers; and be careful what you wish for.