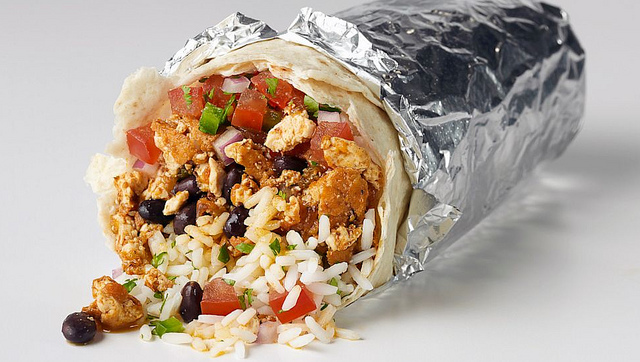 This Chipotle Mexican Grill report was written by Brian Bixler.

It’s not surprising that investors would be searching for ways to acquire a Chipotle franchise: the restaurant is the largest player in the fast-casual restaurant industry, having helped create the category and, in the process, inspired copycats who are now competitors. Fast-casual is a relatively new market segment seen as an upgrade from fast food, with restaurants using fresh, local ingredients and delivering affordable menu items.

But when investors search for information on a Chipotle franchise, they find that buying stock in the company is the only option for sharing in the company’s success. All of Chipotle’s 1,600 restaurants are company-owned and it has become the dominant player in the $7 billion-plus domestic fast-casual Mexican restaurant category, and one of the largest players in the $34 billion domestic fast-casual restaurant segment.

When the company announced financial results for 2013, the news for investors was good. Among the highlights for the 12 months ended December 31, 2013, as compared to the prior year:

“Chipotle continues to be a breakthrough story in the restaurant industry, delivering exceptional sales growth and industry-leading restaurant-level margins during a lackluster environment for most operators,” writes analyst R. J. Hottovy for Morningstar independent investment research.

Adnan Riaz, an analyst for SeekingAlpha.com was unrestrained in his forecast for Chipotle. “The growing fast food industry in the U.S. indicates that Chipotle should be able to maintain a state of growth in the U.S. market for many years to come,” he wrote after the company released its 2013 earnings.

In addition to promising numbers, Chipotle also ended 2013 with a marketing coup that marveled the advertising world. An animated video that went viral has had more than 12 million views on YouTube. It tells the Chipotle story without even mentioning the brand—just a simple Chipotle logo at the end.


“The Scarecrow,” featuring vocals by Fionna Apple singing “Pure Imagination” from “Willy Wonka and the Chocolate Factory,” creatively made a case for restaurants using locally grown, fresh ingredients and meats without preservatives, hormones and other additives.

The video was a follow-up to an equally successful one used as a marketing tool in 2011 titled “Back to the Start.” Both videos, as well as a companion video game to “Scarecrow,” feature a narrative that’s heavily critical of industrial farming.

Chipotle has become a leading proponent of organic, free-range farming and is striving to tailor its menu to offer ingredients that are organic and locally grown on a family farm.

“Industrial ranching and factory farming produce tons of waste while depleting the soil of nutrients,” Chipotle says on its website. “These seem like bad things to us. So we work hard to source our ingredients in ways that protect this little planet of ours.”

Today, 100 percent of the chicken and beef, as well as a good percentage of the pork, served by Chipotle is naturally raised. About 40 percent of its beans are raised organically. The efforts stem from the company’s so-called “Food With Integrity” pledge.

Founded by chef Steve Ells, Chipotle opened its first store in July 1993 in Denver and sales reached $3,000 a day, leading to the opening of a second location. The restaurants were an instant hit with consumers even with just a handful of menu items: burritos, fajita burritos, burrito bowls, tacos and salads.

McDonald’s Corporation became a major investor in 1998 and by the time McDonald’s fully divested itself from Chipotle in 2006 to concentrate on its own brand, the chain had grown to more than 500 locations, quickly becoming a national brand.

By rejecting the franchise model, the company can easily streamline operations and stay in control of all of its locations. In 2010, it ventured out of the North American market and opened the first European restaurant in London. A Paris location opened in May 2012. 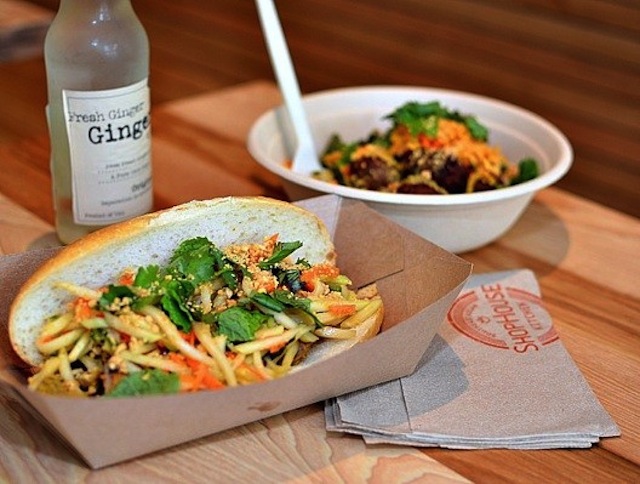 Meanwhile, Ells and his team are working on building a second and third brand. Using the same serving-line concept as Chipotle with a simple menu featuring Asian cuisine, ShopHouse Southeast Asian Kitchen began in Washington, D.C., and last year, Nation’s Restaurant News announced that it would enter the Los Angeles market, bringing the planned locations in both cities to eight by mid 2014.

All of these factors bode well for continued, steady growth for Chipotle. Said analyst Riaz in his bottom-line conclusion about the company: “Chipotle is a great company and it is opening new locations at a rapid rate. It has a strong brand image, focused business model and deliberate growth strategies that will result in constant growth for the company. Chipotle is a fairly young company that has a lot of growth potential.”

Chipotle may be a victim of its own success, however, with a number of franchises trying to piggyback off its winning formula with a similar business model and products, including the serving-line concept that allows patrons to customize their orders. That has led to increased competition. Here are some of the main competitors:

In the second quarter of 2012, Chipotle’s revenue growth was lower than the previous 26 percent, and it was the first decline in five quarters. Year-over-year same-store sales growth saw a large decline, from a record high of 12.7 percent in the first quarter to 8 percent in the second. The sluggish economy was the official reason the company gave, but the poor performance was also attributed by some analysts to the solid performance of Taco Bell, owned by Yum! Brands Inc.

With more than 5,200 units, Taco Bell reported healthy earnings after the introduction of Doritos Locos Tacos. QSR last year ranked Taco Bell as the No. 1 brand in the Mexican quick service segment. In a recent, five-part report on Chipotle, however, Market Realist said Chipotle is capable of fending off Taco Bell. Taco Bell only reported same-store-sales growth of 3 percent in 2013 compared to Chipotle’s 5.6 percent.

Moe’s Southwest Grill is striving to gain ground against the leading competitors in the fast-casual Mexican category. Like Chipotle, the company is headed by a chef and has built its brand around serving the best tasting, freshest, healthiest Mexican food possible. “We want to be the premier brand in Southwestern Mexican fast-casual dining,” President Paul Damico told Franchise Chatter. “We are constantly looking at new products, new ingredients; and I am involved in all of that.”

According to QSR magazine, Moe’s growth strategy has put it on track to open nearly 100 stores in 2014. The company finished 2013 with $526 million in system-wide sales, a 12 percent increase from 2012. It also opened its milestone 500th location. It will open its first location in California this year in a move toward westward expansion.

This brand was considered a major contender just a few years ago, and while it still offers promise, it has seen some rough times during the last year. Qdoba is owned by the burger giant Jack in the Box, which made a strategic decision in 2013 to close 67 under-performing Qdoba restaurants.

The good news is that the closings are expected to have a positive impact on Qdoba’s operating performance. It will allow the company to concentrate on high-growth markets and focus on building brand awareness to attract new customers.

Jack in the Box has said it is committed to store growth and will continue investing in new locations to increase its penetration in the fast-growing markets. Jack in the Box plans to open 75 new Qdoba restaurants in fiscal 2014 and about the same number in fiscal 2015.

This leading franchise in the Mexican segment celebrated record-breaking sales in 2013. The company has close to 550 restaurants across 17 states and is offering potential franchisees the opportunity for exclusive development territories this year.

The company also focused its marketing efforts on stressing value, which historically has been an important differentiator for the brand. Challenging McDonald’s Dollar Menu, Del Taco introduced last year its Buck & Under Menu, with 11 items ranging from 50 cents to $1.

The brand celebrates its 50th anniversary in 2014 and 56 percent of its units remain company-owned.

Investors hoping to become a franchise partner with this company will encounter the same situation as those looking to invest in a Chipotle franchise. Rubio’s Fresh Mexican Grill Restaurants are primarily company-owned, and franchise opportunities are not currently available, according to its website.

Rubio’s is a brand that dates back to 1983. It has built its business around one signature item: the fish taco. Its menu also features lobster burritos, shrimp quesadillas and other seafood dishes from the Baja region of Mexico. Starting in Southern California, the company has grown to just over 200 units in the United States. Investment firm Mill Road Capital took the company private in 2010.

This brand got its start near college campuses in 1992 when founder Rodney Anderson opened his first store in Iowa City, next to the University of Iowa campus. The next 10 locations also opened in Midwestern college towns. By 1998, the company had established its main differentiator from other brands with a dough press that stamps out freshly made tortillas. By 2003, Panchero’s was ready to franchise and opened its first non-corporate store.

In addition to the dough press, the company prominently features “Bob the Tool” in its marketing. The tool is intended to make the perfect burrito with a taste of each ingredient in every bite.

Panchero’s has 65 locations in the United States and plans to open 10 more units across the country by the end of 2014. Barry Nelson, Panchero’s vice president of operations and head of franchising, told Franchise Chatter last year that simplicity is key to the Panchero’s franchise model.

This is a struggling brand, even with 250 restaurants in 26 states and international units in Dubai and Singapore. Baja Fresh was founded in 1990 and is headquartered in Irvine, Calif. In 2002, Wendy’s purchased Baja Fresh then sold the chain to a private investor group in 2006.

In the second quarter of 2012, Fresh Enterprises, LLC named Chuck Rink CEO and he has been charged with improving the performance of the Baja Fresh brand.

Is it possible that Chipotle might one day join the franchise fray by offering a Chipotle franchise opportunity? That will depend on its future performance. If company-owned profits start to decline, Chipotle could look into franchising to cut costs. However, franchising would make it more difficult to maintain quality control, which is one of the guiding principles of the company.