Parents concerned about the quality of education available in some public schools or about a child who is having difficulty with one or more subjects often turn to a tutoring service. One of the oldest, which focuses specifically on math and reading skills, is Kumon, created over half a century ago in Japan. 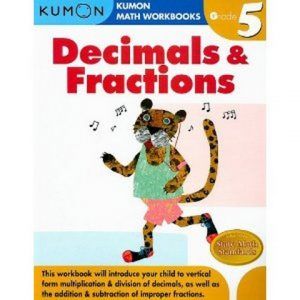 Kumon grew out of the efforts of a Japanese math teacher named Toru Kumon who wanted to give his son an enjoyment of mathematics and prepare him for the all-important Japanese college entrance exams. Toru taught high school math, and he took the opportunity to determine what skills would best prepare a student for high school calculus.

In 1954 he began teaching his son Takeshi—who was then in the second grade—the foundations of higher math using short, daily assignments. By the time Takeshi reached sixth grade, he had achieved a sound understanding of calculus. Clearly Toru had developed a successful self-teaching method.

After developing in Japan, Kumon expanded abroad in 1974 with its first international location in New York. The math program was so successful that Kumon added reading comprehension to its offerings, developing a program that was initiated in 1991.

Kumon bills itself as an “after-school math and reading enrichment program” rather than as a remedial solution along the lines of brands such as Sylvan Learning Centers.

1.  Kumon has the distinction of being the world’s largest after-school enrichment program. It is also one of the oldest, created in 1954 and considered to have been formally established in 1958 with Toru Kumon’s founding of the Osaka Institute of Mathematics.

After expanding to the U.S., Brazil, and Germany in the 1970s, the company enjoyed rapid growth in the 1980s as it opened centers in Canada, France, the Philippines, the U.K., Australia, Belgium, Peru, Malaysia, Switzerland, Austria, Singapore, Hong Kong, and Italy. At present Kumon serves over 4 million students worldwide with locations in 47 countries and over 2,100 centers in the U.S. alone.

2.  The Kumon Method has demonstrated significant success and has been fine-tuned over the years (another benefit of its long history). The basic premise is small, incremental steps that build knowledge, with the rationale that small steps lessen the likelihood that the student will encounter an intractable concept and become discouraged.

As previously mentioned, this is a self-learning program, and Kumon students complete daily assignments designed to require about 30 minutes per subject; each week, two are done at the Kumon Center while the other five are done at home.

3.  The Kumon system is designed for children ranging in age from preschool to high school, so the client base is maximized. In addition, while Kumon was originally intended as an enrichment tool and still serves predominantly in that role, the program can also be structured to assist students who are behind others of their grade level. That makes it competitive with the various tutoring systems that are available.

4.  The widespread focus on standardized testing as a measure of both student and teacher or school achievement provides another competitive edge for Kumon. The Kumon system is based on timed assignments, so it helps students develop time management and test-taking skills.

5.  Kumon’s rationale is that students learn best through self-learning because it enables them to learn at their own pace and in their own style. It also reinforces study skills and habits, self-reliance, and work ethic. This also means that a Kumon Center does not require a large staff of tutors like competing systems.

6.  The initial investment for a Kumon franchise is relatively small. The total investment is estimated at $69,943 to $147,050, and the franchisor requires a net worth of only $150,000 and liquid assets of only $70,000 to qualify a prospective franchisee. The franchise and materials fee is only $2,000, a number so small as to be almost unheard of where franchise fees are concerned. In addition, in recognition of the fact that building a client base will take time, the franchisor offers a partial rental subsidy for up to 24 months.

7.  Kumon has earned several major awards in the franchise sector, the most significant of which is being named #1 tutoring services franchise by Entrepreneur magazine twelve years in a row. It currently ranks #18 in the Franchise 500, #4 among the Top Global Franchises, and #22 among the Fastest-Growing Franchises (all as determined by Entrepreneur). It is #3 on the Forbes list of Top Franchises for the Money and #27 on the Franchise Direct list of Top 100 Global Franchises.

8.  Kumon has 26 company-owned centers in North America, and as I have explained in other reviews, I consider a substantial number of company-owned outlets to be a major positive factor in any system since it keeps the franchisor in touch with the realities of the marketplace and encourages it to innovate to remain competitive.

1.  Kumon is not going to be attractive to every parent, particularly if they are looking for someone to “hand-hold” their child to catch them up in a subject that is giving them problems. The Kumon Method stresses self-reliance and discipline, and frankly that approach just isn’t for everyone.