If you’re like most Americans, you were probably in no hurry to push back from the Thanksgiving table. In the lead-up to the holiday, a number of media sources trumpeted an average Thanksgiving intake of 4,500 calories and 229 grams of fat, although those figures come from the Calorie Control Council, which is an industry group for diet foods and thus, potentially at least, a little biased. (A New York Times columnist decided to put the numbers to the test in 2012 with her own self-stuffing experiment and fell a little short of 2,500 calories.)

The typical person will gain one or maybe two pounds over the holiday season (a research study in 2000 reported 0.8 pounds), although those who are already overweight may gain as much as five pounds. But statistics aside, losing weight and exercising more (or at all, in many cases) are common New Year’s resolutions. So with 2014 on the horizon, let’s take a look at a fitness club franchise: Planet Fitness. 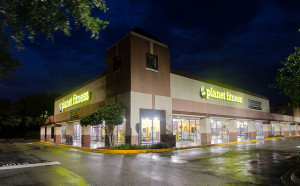 Planet Fitness dates to 1992. Its basic philosophy is to offer a gym environment that is comfortable for anyone rather than cater to the muscle-bound weightlifters and 2-percent-body-fat aerobics fanatics found in some settings. Its trademarked philosophy is the Judgment Free Zone®, and recent television advertising spots feature the Lunk™ Alarm, with a fitness instructor barking non-stop into the ear of a less-than-enthralled female member. (There are actually four rather entertaining spots in the series, which can be found here on YouTube.)

1.  First, Planet Fitness is well-established. As mentioned, it was established in 1992 and the company began franchising in 2000. The system has approximately 600 units, of which 45 are company-owned, and it continues to grow rapidly. At present, only three states have no Planet Fitness outlets—Montana, Wyoming, and Hawaii—and Puerto Rico has four.


It means the franchisor is in touch with trends in the marketplace, and not in an abstract, oh-look-we-did-some-market-research sort of way. Having 45 gyms operating means whatever economic, demographic, or market forces are affecting its franchisees are also impacting it in meaningful financial terms. As such, the franchisor is even more motivated to continue innovating in order to remain competitive.

3.  Planet Fitness has also developed a highly streamlined business model. On its website, it promotes to consumers the fact that it has no salespeople and no “extras like juice bars and childcare.” This keeps operating costs low and enables the system to offer the extremely low membership fees that are one of its competitive strengths. While there will certainly be those consumers desirous of such bells and whistles, the number willing to pay the requisite costs will be relatively small.

4.  Finally, the membership model means a predictable revenue stream. The simple fact is that consumers frequently join gyms and then use them very little. Statistics from the International Health, Racquet and Sportsclub Association indicate that while U.S. gym membership passed 50 million in 2010 (and that despite less-than-rosy economic conditions), fully four out of five memberships go virtually unused (other than that brief post-New Year’s spike).

Research published in the June 2006 edition of The American Economic Review revealed that consumers routinely choose an ongoing contract rather than a pay-per-visit model despite the fact that 80 percent of them would pay less if they avoided the contract.

Other significant facts are that those who enroll in a monthly plan instead of an annual plan are significantly more likely to remain enrolled for more than a year, and “low-attendance consumers delay cancelling this contract despite small transaction costs.”

This is not particularly surprising: a smaller monthly fee (only $10 in the case of Planet Fitness) is more psychologically palatable than a large annual fee and at the same time provides less motivation to take the trouble to cancel the membership—the same consumer behavior that enables the marketers of “As Seen on TV” merchandise to confidently offer a money-back guarantee knowing that almost none will actually use it regardless of their actual satisfaction level.

All in all, while such consumer behavior may be unfortunate, it has positive implications for operating a gym on a monthly membership model—especially a low-cost model.

1.  As a drive around your particular locale will quickly demonstrate, the fitness marketplace is a crowded one (The aforementioned research identified 16,983 health clubs in the U.S.). It can also be difficult to differentiate your brand, as names like Planet Fitness and Anytime Fitness and 24 Hour Fitness (and more) tend to run together in the distracted consumer’s mind. In addition to other franchise systems (Anytime Fitness, for example), there are purely corporate operations (24 Hour Fitness, which is owned by a private equity firm) and of course individual local operators.