This is a 2-part guest blog post by Dan Hieb, a veteran journalist and business writer who writes about the franchise industry. To read Part 2, please click here.

Automotive franchises have been a stable and often overlooked segment of the franchise industry for the past couple of decades.

Americans are spending more today on car repair and maintenance largely because they expect more out of their cars than ever before: the average new car buyer now expects to keep a car for 11 years and drive it for 200,000 miles. As a result, Americans now spend $250 billion a year on auto repair and services, including tires, a number that continues to rise. 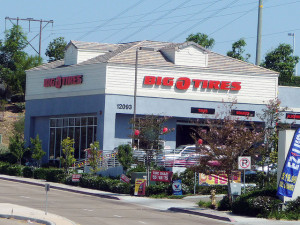 For the franchise space, this is great news and many automotive brands thrived during the recession. Automotive repair franchises can be more stable, have higher revenues and typically have lower failure rates than other retail or food brands. For entrepreneurs with a love of cars, auto franchises can be an excellent fit.

Within the auto repair segment, retail tire franchises offer what could be one of the best bets.

Customers often turn to an auto repair service only when their car is running poorly, or even worse, once it has broken down on the side of the interstate with the dashboard lit up like a Christmas tree. A teenage driver may be unable to start a car in the morning during the stressful rush to school or a soccer mom might end up spending more time at the soccer field thanks to an overheated minivan.

When these situations occur, the auto repair person can have a hard time turning a bad situation into a good one. Customers, often angry at a situation beyond their control, take their frustrations out on the tech or service manager and enter the relationship expecting to be taken advantage of.


Tires are one of the only auto repair items that customers see coming and have a chance to both budget and shop for. The need for new tires generally isn’t a surprise. This gives tire retailers a big advantage in dealing with much less frustrated customers while still selling a high margin product that offers good value for the customer.

How a tire franchise builds relationships with customers

Of course, customers usually only purchase a new set of tires for a vehicle once every few years, so the key to recurring sales is to find a way to parlay an initial tire purchase into a long-term relationship.

Tire sales are a competitive industry, but it’s one that is easy to overlook as an investment opportunity because so few of the nation’s largest tire chains are franchised. Most tire dealers are either small independent shops that struggle to keep up with competitors, or corporate-run chains that have sophisticated systems but turn off customers by incentivizing managers to constantly upsell.

Big O Tires has mastered the art of building relationships with its customers. The company pioneered the industry’s most comprehensive warranty, offering repairs or replacement and providing customers with free rotations and wheel balancing for the useful life of its tires.

When customers return for their free rotations, Big O also offers a quick vehicle inspection to ensure that belts, brakes and other items are in great shape. When a Big O technician spots an issue, he explains it to the customer in a no-pressure, just the facts manner designed to help the customer understand their vehicle’s condition and the recommended steps to keep it safe and mechanically sound.


Big O says the goal isn’t to maximize the amount it can bill each customer, but to ensure they are aware of the steps they should take to stay safe and on the road instead of on the side of it. When customers can’t afford a recommended service, they can expect a coupon at their home as a reminder, giving them time to save and incentive to stop back in. That level of attention has won the company long-term customers. Big O franchisees say they have had many customers for decades.

Ad agency Barkley recently surveyed Big O’s customers to gauge brand loyalty and determined that Big O’s Net Promoter Score is 70. For comparison’s sake, that’s higher than the score for luxury retailer Nordstrom and in line with the score given to Apple by its famously loyal customers.

An independent franchise system with the backing of a corporate giant

Big O is one of America’s longest-lived automotive services franchises, and one of the largest tire franchises in America. The company was founded by a coalition of independent tire dealers in 1962 and recently launched a new franchising website (www.bigofranchise.com) as part of an effort to attract new franchisees.

Big O Tires has over 400 locations in 20 states, and the franchise’s systems have continued to become more robust, especially with the help of its parent company, TBC Corporation, which bought the franchise system in 1996. TBC is one of the world’s largest automotive services retailers — it also owns NTB, Merchant’s, Tire Kingdom, Midas and SpeeDee Oil Change.

After several years of working to improve the systems, revenue and profit for Big O franchisees, TBC Corporation launched an expansion effort this summer and the company is succeeding in attracting attention for its franchise offering.

“Big O Tires franchise owners are independent, but they have the backing of a large company with more than 2,500 total retail locations,” says Kevin Kormondy, Chief Operating Officer and Executive Vice President for Big O Tires. “We are able to gather a lot of data, and pool the buying power of our brands to help Big O outcompete other stores, and our other tire brands work in tandem with Big O, backing up its warranties to give customers nationwide coverage.”

The support offered by TBC Corporation, paired with the pride of local ownership by Big O franchisees, has helped Big O Tires stand out from competitors.