Over the past two years, McAlister’s has undertaken initiatives to strengthen its brand, including upgrading menu offerings and improving speed of service. According to McAlister’s Deli President and CEO Frank Paci, the company is experiencing strong same store sales growth which is driving interest in additional development. 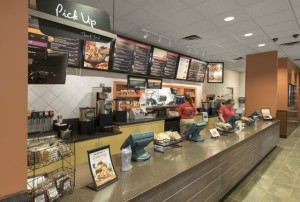 The 21 new restaurants will be developed by three new franchise groups and a current McAlister’s franchisee.

McAlister’s was recently recognized by FastCasual.com as No. 2 on the Top 100 “Movers and Shakers” list of 2013, and Paci was named one of the “Top 20 People” in the industry to watch.

Technomic also recognized McAlister’s as the top chain in the fast casual industry for food and beverage and as one of consumers’ Top 5 Favorite Chains in the country.