Coming up on the 20th year since it was founded by two firefighter brothers, Robin and Chris Sorensen, Firehouse Subs continues to be a leader and innovator in the sandwich category as a top franchise. 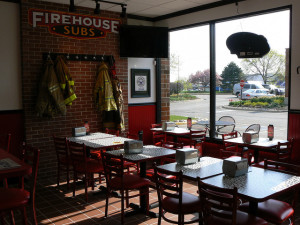 Things seem to be on track for equally impressive numbers in 2013. With more than 600 units currently in the United States and Puerto Rico, the company objective is to increase its restaurant count to 715 units this year, with a long-term goal of 2,000 restaurants by 2020.

The brand was built on sandwiches made from high-quality meats and cheeses which are steamed to release optimal flavor. Other differentiators include portion sizes, with sandwiches stuffed generously with ingredients, and rolls made fresh from a “private recipe.”

In post-9/11 America, the company’s philanthropic efforts may be as palatable to customers as the food. In 2005, the company established the Firehouse Subs Public Safety Foundation to provide funding, life-saving equipment, disaster assistance, and educational opportunities for first responders and public safety organizations in markets across the United States.

The foundation has since broadened the scope of grant recipients to include nonprofit organizations and public school systems. Last year, it donated $1.8 million through 156 separate contributions to fund such items as K-9 search and rescue dogs, extrication tools, and disaster relief for Hurricane Sandy survivors.

The company has earned a reputation for being an innovator. In 2011, it became the first national franchise chain to utilize the Coca-Cola Freestyle beverage dispenser in all of its store locations. And in a promotion consistent with the brand, during October Fire Safety Month, it partnered with P&G Professional/Duracell to provide restaurant patrons a free Duracell 9-volt battery for home smoke detectors.


To read about the final franchise on our list of Top 10 Sandwich Franchises for 2013, please check back on Thursday.